If More Kiddie Authors Had Written Books For Adults 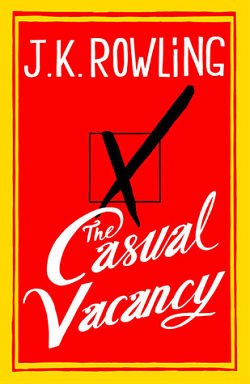 J.K. Rowling's first novel for adults, The Casual Vacancy, arrived in bookstores yesterday. According to advance reports, the new book contains lots of sex (in the form of "a miraculously unguarded vagina" and a used condom that is "like the gossamer cocoon of some huge grub"), domestic abuse and an endless stream of misery unrelieved by Cheering Charms or Patronuses (Patroni?). Instead, New York Times critic Michiko Kakutani wrote, "this novel for adults is filled with a variety of people like Harry's aunt and uncle, Petunia and Vernon Dursley."

Is this what Harry Potter would have been like without magic, dismal and Muggley with young Harry carted off to an asylum, his spirit broken after the years of abuse he had to endure at the hands of his relatives?

Which made us wonder: What if other beloved children's books had been written for an adult audience instead?

Are You There G-Spot? It's Me, Margaret by Judy Blume

When it comes to sex, there are really only two fundamental questions: 1. Am I normal? 2. Am I doing it right? And these really come back to one central worry: Everyone is having more fun than I am.

Margaret Simon, as a 12-year-old, fretted over training bras, getting her period and her lack of religion. Thirty years later, still living in New Jersey but now given up on her spiritual seeking and stuck in an unsatisfying marriage, she joins a group of neighbors who dub themselves the "Pre-Menopausal Sensations" and spend their time drinking lots of wine, speculating over the sex lives of the leaders of the neighborhood association and making lists of local gardeners, handymen and plumbers they'd like to fuck.

Margaret's deepest secret, which she can barely admit to the other PMS's, is that she fears she has never experienced a real orgasm. And so she embarks on an independent research project to find sexual fulfillment and enlightenment.

(A sidenote: Judy Blume actually did sort of write this book, except it was called Wifey and the main character was named Sandy Pressman. It was funny and raunchy and awesome. And, unfortunately, it was forgotten, and so the world got stuck with Fifty Shades of Grey.) Le chat chapeauté by Dr. Seuss 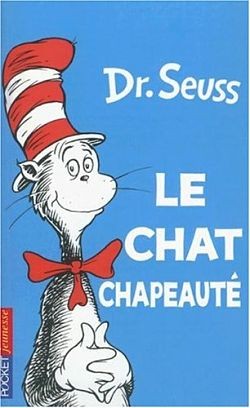 This brief French existentialist work may seem to be a story of an oversized, anthropomorphic, hat-wearing cat who descends on two children left at home on a rainy day and makes an enormous mess that the kids manage to clean up just in time before their mother gets home. (This is, by the way, a narrative device that would be borrowed by countless books, movies and TV shows, only the kids are teenagers and the cat becomes a wild party.)

But it's so much more than that! It is, in fact, an allegory about the nature of anarchy and chaos in the universe, barely defeated, in the nick of time, by order and reason. And there's probably lots of other heavy philosophical stuff going on, but it's French and existentialist, so trying to make sense of it is utterly meaningless. Sweet Valley High by Francine Pascal and a legion of unappreciated ghostwriters 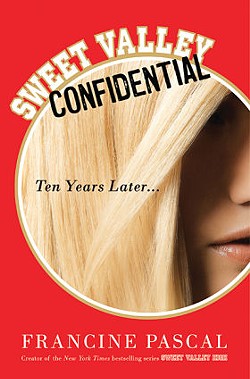 You thought the nineteenth-century novel died with, well, the nineteenth century. You thought the advent of modernism killed off those enormous doorstop-sized novels that explored entire societies, from the highest levels to the lowest, through the points of view of a legion of characters. Well, you thought wrong, because you weren't thinking about Sweet Valley High, were you?

Sweet Valley High School in the mid-1980s is a complex social organism, replete with elaborate rituals: football games, basketball games, trips to the Dairi Burger and constant parties and dances (every weekend!), during which at least one person must get pushed into the pool. Our guides to this world are gorgeous blond twin sisters Jessica and Elizabeth Wakefield, one a vicious social climber, the other an angel of mercy, whose circle of acquaintances encompass both the heights of society (wealthy and gorgeous Bruce Patman and Lila Fowler) and the depths (overweight Robin Wilson, impoverished Roger Barrett).

Over the course of the saga's thousands and thousands of pages -- which, like Dickens' novels, emerged in monthly installments -- the Wakefields and their friends and enemies endure a seemingly-endless stream of triumphs and tragedies and dramatic reversals of fortune: temporary amnesia, threatened virtue, deadly car accidents, fatal diseases, insane interlopers, dramatic makeovers, sudden revelations of true parenthood and an unexpected death from one snort of cocaine. Who says that novels, even popular entertainments, can't impart strong moral lessons? The Wind in the Willows by Kenneth Grahame 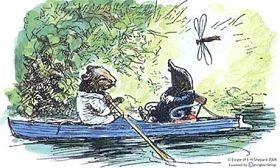 The original 1908 version, the one about a Mole and a Water Rat and their friends, including a boisterous, lawbreaking Toad, naturally had to leave out a few details, owing to the certain laws in effect in Britain at the time, most notably those prohibiting sodomy.

But now those have been repealed, so there's nothing to be afraid of! This is The Wind in the Willows with its freak flag flying, the way it was meant to be told! It's still set in the early 1900s, but Mole doesn't really live in a Mole Hole. He's been living a stifling, solitary existence in the closet. One day something in him snaps, and he runs off to the River Bank where, in short order, he cruises and sleeps with the dapper Water Rat. What first appeared to be blind lust rapidly reveals itself as true love, and Mole and Rat become devoted partners and the center of a circle of friends that include the Badger, who retreated from society at the time of the passage of the Sodomy Laws, and Toad, whose flamboyant lifestyle eventually lands him in jail, much like Oscar Wilde.

There are many other adventures, most notably a late-night drug trip (really, what else could the Piper at the Gates of Dawn chapter possibly be about?), but this should have been the pioneering novel about gay life: about love across species and how friends become family and (more misogynistically) how men can build an idyllic community completely without women. Where the Wild Things Are by Maurice Sendak

As we get older, we grow less excited about sailing off through night and day, in and out of weeks for almost a year. For one thing, we worry: What good is being a king if you may not have an income-generating job when you get back? For another, our bedroom spontaneously turning into a jungle would lower property values for sure! (Which reminds us -- who will pay the mortgage while we're off in the land of wild things?)

In the adult version of the story, Max quarrels with his wife and she leaves him. He gets laid off from his job and spends weeks sitting on the couch drifting aimlessly through time. The wild rumpus turns out to be a horrible job fair/networking event at an airport hotel. He makes himself a paper crown as he did in days of old, but realizes he just looks silly. And then he wakes up and it was all just a dream and there's steel-cut oatmeal for breakfast! And it's still hot.