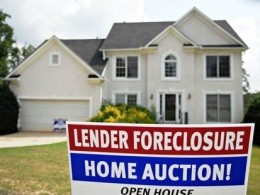 Updated Friday 8:15 am with developments.

The Boyd Law Group, a law firm that enforces debts and makes money off foreclosures, has joined the legal crusade against a new St. Louis County law that guarantees delinquent homeowners the chance to try to work things out face-to-face with lenders before losing their home.

In a complaint filed yesterday, the firm -- based in St. Peter's -- is asking for a federal judge to find the new law in violation of the US Constitution and to strike it down.

The Missouri Bankers Association hates this new law too, and filed its own suit in state court on Monday. The group fears it will hurt both lenders and borrowers and jack up interest rates.

Proponents of the law, including its sponsor, County Councilwoman Hazel Erby of University City, say that such feared changes have not come to pass in other states where the law already holds sway.

Update: A St. Louis County judge has issued a restraining order on the remediation law in resonse to the Missouri Bankers Association's state-level lawsuit (h/t Jason Rosenbaum at The Beacon); it's still unclear what will happen to the federal complaint above; it maybe a moot point.