Billboard Wars: Secularists Hit Back at Anti-Gay-Marriage Message from Catholics

Matt Gaines of Smithville (between Kansas City and St. Joseph) did not take kindly to the billboard recently erected by 1090 AM, a Catholic radio station in his hometown.


The billboard he found offensive was this one:

So on Highway 169, one mile north of Highway 92 in Clay County, he arranged for a new billboard: 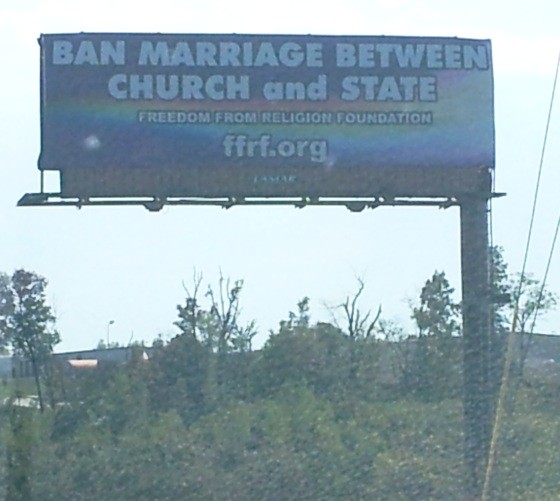 Gaines is a member of the Freedom From Religion Foundation, a secular non-profit based in Madison, Wisconsin. The message is actually their slogan, and they paid for the sign. But Gaines got them involved, and he himself donated some funds to make it happen.

Said Gaines in a statement:


"To denigrate other people's relationships or the decisions they have had to make with their outdated religious dogmas is simply shameful."

Advertising Gettin' All Religious Up in Here