Updated at 6:30 pm with charges, mugshot and SLMPD's corrections to their original account.

According to police, a red Dodge Ram pickup pulled up behind him, and "two black males" got out.

They approached and told the driver to get lost. They hijacked his rented orange 2012 Dodge Challenger and sped away, and so did the pickkup.

But only 10 minutes later, cops spied what they believed was the same pickup near the intersection of West Florrisant and Pamplin, on the border between the North Pointe and Walnut Park West neighborhoods. 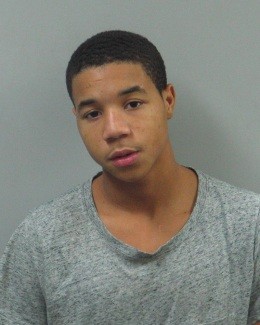 The pickup tried to zoom away, but only made a few blocks south, where cops were waiting with spike strips. The pickup blew out its tires. One suspect fled on foot, but the other -- 17-year-old Shawn Vaughn -- was taken into custody.

He's been charged with two counts of Assault/Attempted Assault on a Law Enforcement Officer related to that short chase.

David Marzullo, SLMPD's spokesperson, said that "Investigators have not yet determined this individuals involvement in the carjacking."