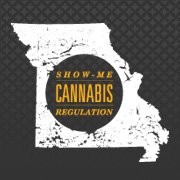 After surprising some with their approval of the marijuana decriminalization law put forward by Show-Me Cannabis, the Springfield City Council is poised to neuter the bill or even put the poor thing down entirely.

It appears that some on the council voted "yes" on Ordinance 6011 in order to have the power to tinker with the language of the law or to kill it altogether. That opportunity comes today at the council's evening meeting.

If that happens, it's kind of a giant middle finger to the Show-Me Cannabis volunteers who've been toiling since June to gather the 2,101 signatures needed to get it on the ballot. That said, the pro-pot posse does have a plan of action.

The law says smokers caught with 35 grams of herb or less would be ticketed instead of arrested, and if found guilty pay a maximum fine of $150. The law's effects would be monitored by a citizen's oversight committee and any offender who keeps his nose clean for two years afterward would be eligible to have the incident expunged from his record. Read the bill's exact language here.

Getting the measure in front of voters was always Show-Me Cannabis's goal. Back when Daily RFT first spoke to their Western Missouri campaign director, she said the council would have the opportunity to pass it first, but was highly skeptical of the idea that it would ever happen. Between the time when the measure was first introduced to the council to the night they voted on it, there was virtually no opposition from the public.

When the measure passed in late August, some on the council said they voted "yay" to prevent taxpayers being hit with the $180,000 cost of putting the issue on the ballot. But it seems clear that others had no intention of letting the new law take effect.

Two council members want changes. Its own original sponsor, Doug Burlison, just wants to nix the oversight committee. Mayor Bob Stephens wants to chuck the expungement option. He's also put an amendment on the table that would jack up the fine from $150 to $450, a sizable chunk of change.

Meanwhile, Council Members John Rush, Jeff Seifried, Jerry Compton, and Jan Fisk are co-sponsoring an ordinance that would repeal the law in total. Council member Thomas Bieker told the News-Leader that while his name isn't on the bill, he also supports the repeal because of law enforcement concerns. Fisk, Rush, and Seifried all voted "yes" on the ordinance in August.

Show-Me Cannabis is calling shenanigans. They've orgainzed a letter writing campaign to the council and are also already hinting at legal action. From a recent press release:

If the council votes for a full repeal, we have a number of options that we might pursue. Some council members have proposed a a discussion between Springfield Cannabis Regulation and the Springfield Police Officers Association, and SCR is open to having such a discussion. That said, we believe that passing an initiative for the sole purpose of repealing it violates the spirit of the city charter, so we may file a lawsuit against the city should those discussions come to naught. The one thing that is certain is that we will not let this issue fade away.