There's one lady handing out palm cards in the background, but seriously, guys? You had one lady around and you decided to whip out your big "Missouri Women for Mitt" banner?

You guys couldn't throw a dress on, slap some rouge on your faces, and try to look a little more convincing AT LEAST? If you want Mitt to be elected, we the people require some minimal effort here.

A quick Google search of "Missouri Women for Mitt" doesn't turn up much, but it looks like the California blogger Sarah Wood already has a clever meme: 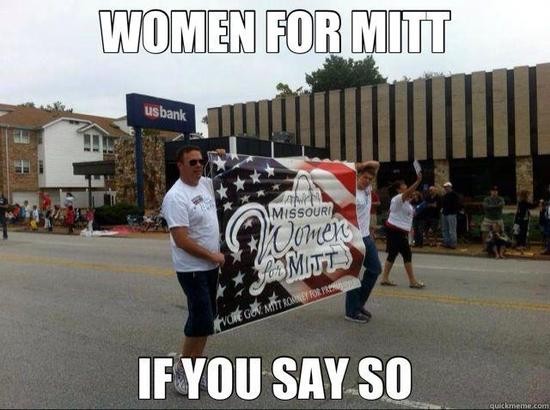