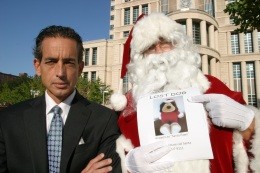 On Thursday, a federal judge ruled against two St. Louis County men who had accused Disney in a lawsuit of stealing their Christmas-themed tale, "Santa Paws," and spinning it into a pair of DVD movies by the same name.

For example, both works involve an orphaned dog who gets adopted by Santa and saves Christmas. Then there was also something about a magic icicle (?).


But on the balance, Judge Perry wrote, Disney's DVDs "are not substantially similar to any protected expression in plaintiffs' story." 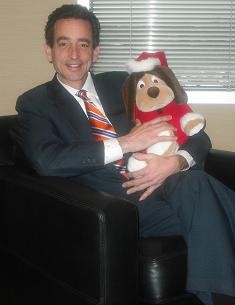 What's interesting about all this is that the plaintiff's attoney, Al Watkins, claims to have evidence that Disney was actually exposed to the 1991 storybook: In the early nineties, the three authors asked William Morris Agency to shop it around. By 1996, various entities were showing interest, including Buena Vista Home Entertainment, Inc., an arm of Disney. But nothing ever came of it.

Then over a decade later, the DVDs came out. The men found out and filed the suit last December.

However, apparently that the case didn't progress far enough for any of this to be an issue.

Watkins did e-mail us this statement:


It appears the Court's opinion was well thought-out, consistent with legal precedent and crafted eloquently. That being said, my clients disagree with the subjective findings giving rise to a resounding victory for Disney. Tinker Bell should be very proud.