What should we do this November, city voters? Should we completely redraw our political map and cut our Board of Aldermen from 28 members to only 14 members by 2021?

It's an interesting concept -- at least as it was fleshed out for us last week by Aldermen Scott Ogilvie of the 24th Ward.

But not everybody in City Hall backs it.

Yesterday, Aldermen Samuel Moore of the 4th Ward the told us what he thought of the idea. (Spoiler: He freaking hates it).

Daily RFT: So you oppose shrinking the Board of Aldermen?

Alderman Samuel Moore: I'm totally opposed to it. We're the first line of defense. We're the direct connect to the people. We are the boots on ground.

The state senators and state reps don't have that direct connect. We do. We have to live right where the people live. If people are complaining, we can't run off to Jefferson city. We're right there, all the time.

But that's the job description the supporters want to change. Shrinking the board, they're saying, will force the remaining aldermen to leave stuff like trash collection to city service providers, thereby freeing up the aldermen to concentrate on bigger policy issues. 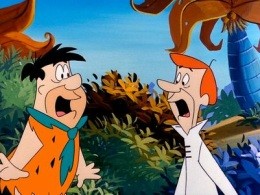 My community is a Third-World community. We live like the Flintstones compared to the Jetsons. We're  yabba-dabba-doin' all day long. We are struggling in here, man. We got crime. We got 3,500 empty buildings, 2,900 empty lots.

Service providers - some of 'em - are just riding around, slumping down in their seats, doing nothing.

[My constituents] call me about police matters. They say, 'Alderman, there's a shooting over here.' My reply is, 'I don't have my bullet-proof vest on, nor helmet. Did you call 911?'

They say, 'Yeah, they're taking too long.' So you see what's going on.

When you tell them it's not your job, that you're not the service provider, they get mad and tell you they won't vote for you again.

But that's just it: This shrinkage wouldn't take effect until 2021.

It won't affect me because I won't be the alderman in ten years. We're imposing this burden on the people coming behind us. They won't have a clue what they're getting ready to walk into.

Well I guess that depends on how they redraw the ward boundaries.

Blacks are the majority population in the city. If you're going to make it 14 wards, then [proportionally] you'd have nine black and five white. If that were going to be the case, everybody would vote to keep it how it is. Because it's 16 [white] alderman to 12 [black] now.

So you think there's a racial element here.

You can more easily control five Negroes than you can 12, because some of us are rebellious. Some of us don't go with the status quo. Some of us actually fight for our people. We love St. Louis. We want to be a part of St. Louis. But St. Louis doesn't love us.

Are you going to actively campaign against this ballot measure in your ward?

I have been actively campaigning. I want them to have a clear understanding, but they don't have a clue. They personally don't give a damn.

All they know is that they've been disserviced for over 50 years, and apathy has set in. When you got over 9,000 people registered to vote - and now they say I'm down to almost 7000 - on any given election, less than 1,000 people vote. So we're getting what we vote for.

This measure failed in 2004. What do you think will happen this time?

I think the people are so depressed and so stressed out, it'll slip past them, and it will pass. They're not focused on this at all.

You know how you say, 'Everyone wants a slice of the pie'?

Well, we don't even get the crumbs.  And they leave us to fight over that.

Don't you think we're not trying to bring ourselves out of it. But it's hard picking yourself up by your bootstraps when you don't have boots.