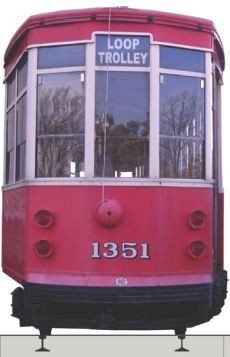 Writing just days after the Loop Trolley route was finalized, prolific urban-issues blogger Yonah Freemark over at The Transport Politic is trying to debunk a big claim made by project backers: That the new trolley will spur development along its path:


even if developers are intrigued by the idea of building along the streetcar corridor, St. Louis' project is likely to attract little actual construction because of city regulations that limit new construction. Developers wanting to build large structures will be limited by low height limits and requirements to get special permits to provide a mix of land uses.

That's dense. Let's break it down: Freemark is  saying that on the western (or University City) half of the trolley line, zoning forbids new buildings higher than 35 feet, AND requires a conditional use permit.

Meanwhile, on the eastern (or City of St. Louis) half,  zoning that forbids new buildings higher than 50 feet or three stories.

When we called Joe Edwards and confronted him with this argument, he said, "I think that's short-sighted."

"It doesn't have to be the tallest building," Edwards said. "A three-story building can accommodate a lot of IT companies and artists' lofts. And there are always variances available for the right kind of project."

"The Moonrise Hotel has eight stories," he said. (Which Edwards owns, in case you didn't know.)


What does [the blogger] want? To have it stagnate and get worse? We're very fortunate that these funds - which  had to be spent on transportation - came to St. Louis. We're among only 5 cities [to receive the funds] out of 65 cities that applied.... and it's coming to us at no extra cost to local taxpayers.

Businesses in the Loop will have to put up with some noisy construction, we pointed out.

But Edwards reminded us that it will only be done one block at a time, and will be "well worth" the hassle.

For the sake of the Loop -- Daily RFT's own neighborhood -- we hope so.

Addendum: Yonah Freemark has e-mailed us back. He says he's based in Cambridge, Massachusetts, and has never visited St. Louis. "Take that as you may," he writes. Fair enough.