[VIDEO] Todd Akin Has Not Alienated Every Woman in Missouri 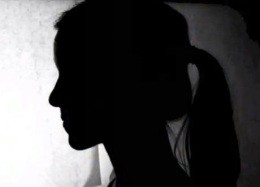 It may not be a good sign when a senatorial campaign must insist that its candidate possess the baseline qualities of being "humble, intelligent and compassionate."

But that's what Missouri Women Standing for Akin has done in a video posted yesterday on YouTube. This arm of the Akin campaign is meeting tonight at Pillar in the Valley at 7 pm.

In the video entitled, "We Think for Ourselves," a young lady (whose face is obscured in shadow) says: "If the majority of voters are women, and the largest piece of that sector are soccer moms, then this election is all about you."

We're not sure how representative they are of Missouri women.

The first woman is a two-time rape victim and former drug-and-alcohol addict who's herself had an abortion.

The second is a young lady who grew up under communism in Soviet Russia.

Still another is a married African-American mother of 13.

In fact, the big thing these women in the video seem to have in common -- other than that they're women -- is that they're pro-life. We suspect that that conviction -- one they feel so strongly about, they're willing to talk about it on camera to untold numbers of strangers -- will trump an offensive comment made by Akin almost three months before the election.