Why We Must Shrink the Board of Aldermen: Our Q&A with Scott Ogilvie

In a few hours, St. Louis' 28 elected aldermen will march back into City Hall after the summer recess to resume the 2012-2013 session of law-making. But one of the biggest reforms this year lies in our hands, fellow voters.

This November, we must decide whether to completely redraw our political map and cut the board down to a much leaner 14 members (which wouldn't take effect until 2021).

Last night, the board's youngest member -- Alderman Scott Ogilvie of the 24th Ward -- told us why citizens should say "yes" to shrinking the very body he's a part of.

Daily RFT: You wrote on your website Wednesday that such a change would "shake up" some "unhelpful traditions" on the board. Like what? 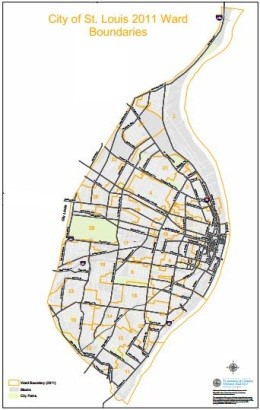 Scott Ogilvie: I think the big one is "aldermanic courtesy," the idea that if something is contained in one ward, it has no effect on anybody else and nobody else should pay attention to it.

Like when you're subsidizing a stadium, which is a huge decision involving a lot of money. That's a real-estate decision contained in only one ward.

The St. Louis region already suffers from high degree of fragmentation. From the river to I-270, there are too many municipalities, too many sets of rules and too many competing interests, rather than a single region trying to go in one direction.

Sometimes there's even competition from ward-to-ward. And that's not helpful for the future of the city.

We chuckled about your complaint that aldermen have turned away from big ideas and now feel "compelled to weigh in on things as petty as parking lot curb cuts, dumpster locations, and dead cats."

But if aldermen don't help coordinate basic city services, who will? 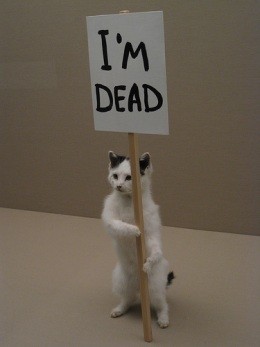 We have 6,000 city employees. There's plenty of people to do that stuff. And they are doing a lot of that stuff. Right now, we have a situation where residents feel they have to turn to the alderman to get something done. Or they don't know who to turn to.

We're trying to change an alderman's job description. Instead of doing the administrative stuff and service-delivery, you want to be keeping the big picture in mind - things like policy and oversight.

Portland, Oregon has four city council members. Do people's trash get picked up in Portland? Yes. It's empowering city employees to do some tasks without aldermen directly intervening, while also empowering residents to go directly to the city agencies when they need something.

Sounds good in theory. But about a quarter of your colleagues don't seem crazy about this transformation.

I think what people worry about is that we won't adapt. The concern is that those 14 [remaining aldermen] will have twice as much to do, because we won't change anything else.

But I think is reducing the size to 14 will force other changes. We won't be able to do twice as much, so we'll naturally gravitate toward the bigger stuff, and the capable city employees will fill in the gap on the little things.

One big thing is that, especially in 2004, there were four referendums on same ballot. A lot of people thought it was a confusing thing to vote on.

This time, we made it very simple: We're just changing number of wards and the number of aldermen.

A lot of alderman were opposed last time; this time, we have three-fourths support.

In 2004, that was an April election. Turnout in April is much less than in November. And this November, we'll probably have 70 percent of voters casting a ballot. So we'll see what St Louis voters really think about the issue.

I mean, what do we have to lose? Is this 28-ward system so precious and so effective that we should never try anything else? Sometimes things need to adapt.

It's time to do some adapting.