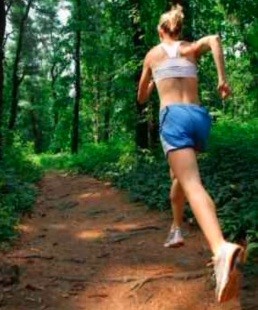 Tuesday evening, not long after sunset, a 27-year-old white female was jogging on the Forest Park footpath near the zoo, police say.

She noticed a man approaching from behind.

It was not just another jogger.

It was a thin black male, she told police, about 5'10" tall with shoulder-length dreadlocks. He was wearing dark-colored shorts and a white t-shirt with the sleeves cut off.

According to the cops, "the black male put his arms around her, forced her to the ground and threatened her."

The incident is described as attempted rape and second-degree assault.

The young lady was somehow able to fight off her attacker and escape to the intersection of Hampton Avenue and Highway 40.