Kansas City Chiefs Tell Fan to "Get a Clue" 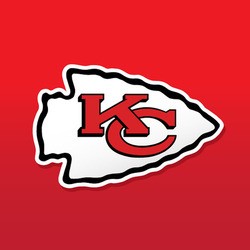 To quote a newsroom colleague, sometimes it feels like there should be the equivalent of a driver's test in order to qualify for an account on Twitter.

Whoever is running the account for the Kansas City Chiefs seriously wrecked himself before he checked himself yesterday after angrily responding to a rant from a fan. A fan who happens to have 124,500 followers.

Now the tantrum has gone viral.

Sports fans often take their frustrations to social media and Travis Wright, a tech blogger and social media manager for Norton, was feeling no different on Monday. He sent this pissy missive into the Twitterverse:

I'm not much of a @kcchiefs fan anymore. Clark Hunt's yearly 30m under the cap bullshit is unethical. Greedy bastard owners can F.O. cc @nfl

A short while later, Wright received a direct message from the Chiefs' account. It seems he sat on it, probably a little stunned, until he noticed that the Chiefs account also blocked him. Seeing as Wright manages social media for a living, he clearly saw that social media was being mismanaged. That's when he decided to take a picture of the message and retweet it publicly for the world to see:

Oh dang dog he told you to carbon copy getting a clue dog oh daaaaannnnggggg. You just got sonned by a whole NFL team kid oh daaaannnnggggg.

I apologize to the fans for my response to a tweet sent to me earlier. No excuse for my actions. I am truly sorry and it won't happen again.

Then again, whoever it is probably learned his or her lesson. The story made Yahoo Sports, Fox, NBC Sports, and SB Nation.