September 08, 2012 at 3:38 PM
comment
The new age of Mizzou football is very nearly upon us; in just a couple hours the Tigers will take on the Georgia Bulldogs for just the second time in school history as they officially open up their very first Southeastern Conference schedule.
On the surface, this game looks like a mismatch: the Bullldogs come in ranked No. 7 in the nation, while the Tigers aren't ranked in the top 25. However, given the notorious unreliability of preseason rankings as anything but self-fulfilling prophecies, that may not mean a whole lot. In fact, I would hazard to say the failure of the rankings to include Missouri may be the most egregious omission of the year, at least to this point.
That's not to say I think these teams are even, necessarily. Georgia was one of the best teams in the nation last season, playing in the monster conference of all monster conferences, and haven't really lost much of their talent base from 2011. Mizzou has some high-end talent of their own, particularly in a few areas, but their depth is still very much a question. The Bulldogs have been part of the SEC grind for a long time; it remains to be seen just how well this Tiger program can compete against college football's elite.
All that being said, this is a game with classic potential. It's one of the most important games in Missouri history, and there are reasons to believe the Tigers just might be able to pull the upset. It's going to take an outstanding performance, but Faurot Field is on their side. And a couple other key matchups as well, actually. 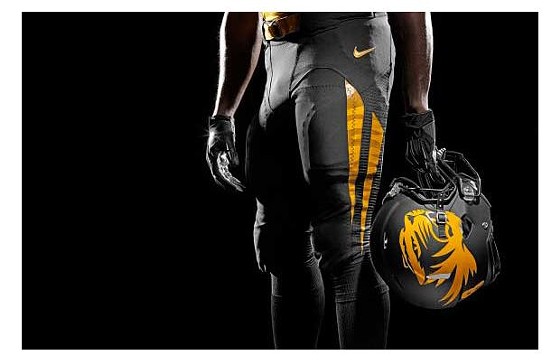 Key #1: The Secondary Must Come Up Big
These are not your father's Georgia Bulldogs. Gone are the old school ground attacks of the past; instead, the Dawgs are a pass-heavy, almost Big XII style attacking squad. The running game is middling, but Aaron Murray is a Heisman contender at quarterback and the receiving corps is talented and experienced. If Georgia is going to light up the scoreboard, they're going to do it through the air.
Which, honestly, plays into the Tigers' hands to a certain extent. Mizzou has one of the most talented secondaries in the nation, with playmakers all over the field, toughened by the aerial assaults of the Big XII. I don't think Missouri can shut down the Bulldogs' passing game, but the potential is definitely there for a few big defensive plays to shift the momentum of the contest. If the Tiger secondary can pull off a takeaway or two, or come up with a few key stops on third down, they could very well alter the complexion of the game.
Watch for E.J. Gaines and/or Kip Edwards to have a big game; either one could be the difference maker for the Tigers.
Key #2: The Offensive Line MUST Play Better
The Missouri offensive line may be their biggest vulnerability. The group has already been hit hard by injury, and didn't look particularly good last week against a small school opponent. The issue is on pass protection; the Tigers have a couple guys capable of road-grading, but James Franklin was in trouble more than once against Southeastern Louisiana.
Unfortunately, the Tigers' biggest vulnerability matches up with the Bulldogs' biggest strength. Georgia has one of the best front sevens in the nation, capable of getting after opposing quarterbacks play after play. Even with a couple of linebackers out due to suspension, the Dawgs have a potent pass rush.
Unless the Mizzou line can come up with a big performance tonight, Franklin is going to be running for his life. This, is, to me, the number one concern for Missouri tonight. How to keep their QB upright and his jersey reasonably clean is the biggest question they'll have to answer most of the season against fearsome SEC defenses, and it's going to be a trial by fire tonight in Columbia.
Key #3: Run, Run, Run, Run, Run
This one sort of feeds off the last key, by which I mean if the Tigers can't keep James Franklin safe in the pocket to throw, then the best solution is likely to lean on the running game early, often, and constantly.
This matchup tilts back in favor of Mizzou; as good as the Bulldogs' defense is at pressuring the quarterback and getting into the opposition's backfield, they struggle mightily against the run. Georgia allowed 199 rushing yards last week against the University of Buffalo, and that roster doesn't have anywhere near the ground game firepower the Tigers possess. Kendial Lawrence doesn't have the same kind of explosive, insane ability of Henry Josey, but he's still a very talented tailback, and the Tigers' group of runners is extremely deep as well. Rotating through Lawrence, Marcus Murphy, Greg White, and whoever else Gary Pinkel can find to take a carry or two will help keep fresh legs in the game, and fresh legs are, by and large, dangerous legs.
Mizzou will need to be creative in getting the ball into the hands of their running backs; look for a heavy diet of runs to all areas of the line as well as plenty of short passes. Tunnel screens, pitch plays, that sort of thing. In short, Missouri will likely run an offense tonight that looks a whole lot like a pure option attack, which is probably a very good thing. It plays to both the Tigers' strengths and Bulldogs' weaknesses, and gives Mizzou the best chance possible to control the game.
Bottom Line
If the Bulldogs win tonight, the game will likely go something like this: Georgia grabs a couple quick scores early, forces Missouri into passing situations, and their front seven pins back their ears and attacks the Tiger offensive line, hassling James Franklin all night. The Tigers simply can't defend their quarterback well enough, and the Dawgs pile on the points whenever they get the chance.
If, on the other hand, the Tigers grab the victory, it will likely show up in time of possession. Mizzou will hold on to the ball, playing smart, grinding ground football, spreading the carries around and sending James Franklin upfield on plenty of zone read plays. Gaining chunks of yardage on every play and not giving the Bulldogs' defensive line time to penetrate and hurry Franklin, all while keeping the potent Georgia offense on the sideline, Mizzou dictates the tempo of the game and wins on time of possession and turnover margin.
I'm not making a prediction tonight; I'm tired of looking stupid whenever I make some wild-ass guess about the outcome of a given game. But I will say this: these are two very, very good teams, much more evenly matched than their respective rankings would lead you to believe. And, honestly, I think the matchup might even tilt Mizzou's way a bit when you look at where each squad is strongest and weakest. The Tigers are going to have to play an extraordinarily good game tonight if they want to come away with the victory. But the potential is certainly there for them to do just that.