Obama voted to kill babies, according to a vaguely creepy ad that hit Missouri televisions this week. Well... not quite...

The ad, produced by the pro-life group Susan B. Anthony List, shows Melissa Ohden speaking to the camera about her experience as the survivor of a botched abortion. Ohden says she was rescued from a trash can by an abortion-clinic nurse who heard her crying after her birth mother underwent a (late-term) saline injection abortion in 1977.

Mallory Quigley, a spokeswoman for SBA List, tells Daily RFT that the group choose to launch its $150,000 campaign in Missouri because "recently Missouri has been at the center of this debate."

Last month, Senate hopeful Todd Akin defied multiple calls to end his campaign in the wake of controversial remarks he made about "legitimate rape".

Quigley says that her group hopes to focus attention back on President Barack Obama's "record of extreme views on abortion."

In the ad, Ohden goes on to say that Obama voted as an Illinois state senator "to deny basic constitutional protections for babies born alive from an abortion - not once, but four times." 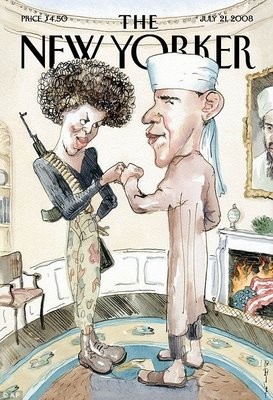 These claims about Obama's stance on "born alive legislation" resurrect charges opponents have made against Obama for years... Charges factcheck.org said were potentially misleading back in 2008.

In 2001 and 2002 Obama opposed the "Illinois Born Alive Protection Act", a bill in the legislature that would have defined an aborted fetus that showed signs of life as "a born alive infant" entitled to legal protection, even if doctors believed it could not survive.

The National Right to Life Committee and other pro-life groups have said Obama's record indicates an extremist disregard for life. Obama has said he opposed that legislation because it was riddled with provisions that might undermine abortion rights protected by Roe V. Wade.

Speaking on the state senate floor in 2002, Obama said:

"This issue ultimately is about abortion and not live births. Because if there are children being born alive, I, at least, have confidence that a doctor who is in that room is going to make sure that they're looked after."

It seems from factcheck.org that both sides on this debate have made misleading statements about the legislation and Obama's motives for opposing it. You can check out their analysis for yourself, but it seems to come down to a question of interpretation about when life and viability begins. Daily RFT can't help you there.

A spokesperson for Obama for America-Missouri has not yet responded to requests for comment on the ad.

SBA will go on to air ads in North Carolina, Ohio, Virginia, and Wisconsin [i.e. key battleground states in the upcoming presidential election].

Ohden has posted a copy of medical records that claim an abortion was performed when Ohden's mother had been pregnant for 18 weeks, though reports indicate that the earliest a baby has been born and survived was last year when an English couple welcomed a baby boy just 23 weeks into pregnancy. According to the biography Ohden posts on her site, doctors were mistaken at the time and her mother had actually been pregnant for six or seven months.

In case you doubt the story, the medical record posted to her site:

Saline injection, or instillation abortions--in which a chemical fluid is injected into the uterus to induce contractions and expel the fetus--was a common method for terminating pregnancies during the second trimester until the 1970s when it was mostly replaced by safer more effective methods.

Ohden makes an extraordinary claim but she's not entirely alone. At least one other woman--also a pro-life activist--claims she is the survivor of a saline injection abortion gone wrong. A spokesperson for the Centers for Disease Control said they do not track statistics for the number of live births resulting from induced abortion and that she didn't know of any agency that does.

One thing we do know: the third-trimester abortion that may have nearly killed Ohden was very medically unsound and would be illegal under abortion legislation in most states today.