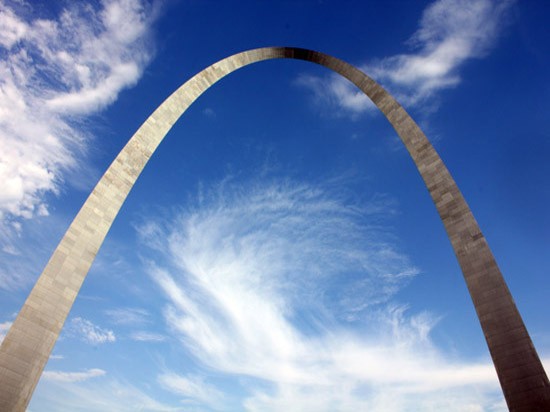 With the long weekend upon us, no doubt you've got some cheapy freeloaders crashing on your couch, looking to you for entertainment. Here are eight great diversions to while away the time, selected while we were researching last year's Best of St. Louis awards. Speaking of, this year's Best of St. Louis awards are just around the bend -- have you cast your vote yet? Better get on it.

Anheuser-Busch Brewery Tour(12th and Lynch streets; 314-577-2000) What's the best kind of beer? Free beer, of course. And at the Anheuser-Busch brewery tour guests get to indulge in two free samples of A-B products at the end of their visit. But don't get sidetracked by boozy daydreams. The tour itself takes visitors through the entire process of making those delicious beverages. History, agriculture, politics, marketing, baseball and Clydesdales - these are just some of the topics that tour guides introduce guests to while walking along the same path that their beverages follow. Whether they make your drink of choice or compete with it, it's impossible to deny the impact of big brick factory that towers over I-55 south of downtown on the history of our city, and visitors get to hear a big part of the reasons how and why straight from the horse's mouth on the hourlong tour.

Cherokee Street Branching out both east and west from the thirteen-foot-tall Native American standing at the intersection of Jefferson Avenue and Cherokee Street, no area has seen a greater resurgence in recent years than the strip of shops, restaurants, apartments, art galleries, record stores and more that we call Cherokee Street. Once upon a time, streetcar lines made the area the commercial district of south city, populated by dry-goods stores, theaters, druggists and saloons, Cherokee Street was more recently viewed as a mostly neglected area known only for its Mexican restaurants and antique stores. Today, the street boasts one of the city's most walkable areas. And, of course, it's still home to the best Latin American cusine and antique row in St. Louis. Whether its Cinco de Mayo, the Print League Holiday Sale, Cookie Spree or just a Saturday afternoon, locals and tourists strolling along Cherokee Street always discover new treasures.

City Museum (701 N. 15th Street; 314-231-2489) Simply put, City Museum is a museum like no other. One of the late Bob Cassilly's masterworks, the City Museum allows children to run free and adults to become children. More of a playground than an actual museum, the City Museum engages your mind through activity and whimsical scenery that visitors are not just allowed but encouraged to touch, to use and to walk upon. From its tangled-up and visually jarring exterior, which includes rooftop vehicles, towers and Big Eli, a four-story Ferris wheel, to its colorful and highly detailed interior, where slides, a 76-foot-long pencil and numerous local architectural artifacts wait for your investigation, the City Museum promises an experience unique to our little town on the river for visitors of all ages.

The Gateway Arch (50 S. Lenore K. Sullivan Boulevard; 877-982-1410) Completed in 1965, the Gateway Arch has become the icon of our fair city. Eero Saarinen's monument to westward expansion gleams with pride - 630 feet worth of pride, to be exact, making it the nation's tallest monument. Underneath this steel sky-stretching structure, acrophobic visitors can partake in the Museum of Westward Expansion, which showcases the tools, animals and transportation of early America. For those wanting the full Arch experience, squeeze into your tram and enjoy the ride to the top. Upon arrival, get out and take in the views of Illinois and the Mississippi River to the east and downtown and beyond to the west. There's no better way to see all that Midwest majesty.

Grant's Farm (10501 Gravois Road, Affton; 314-843-1700) Ulysses S. Grant did many great things. Notably, he was a military commander during the Civil War, and he became the eighteenth president. But as far as St. Louisans are concerned, Grant's greatest accomplishment is building a cabin called "Hardscrabble" in what would later become south county. Sure, at the time it didn't seem like anything too special, but, after August Busch Sr. purchased it in 1907, the cabin and farm would be transformed into a destination for kids and adults. A visit to the Clydesdale stables affords guests the opportunity to view the majestic symbol of A-B. Plenty of other animal friends abound, with bison, zebra and red deer among the inhabitants at Deer Park, and the Tier Garten serving as home to kangaroos, tortoises and pygmy goats (which, by the way, can be petted and hand-fed). But, we digress. What makes Grant's Farm so special, beyond the animals and history? Why, it's the Bauernhof, of course. Sure, Grant's cabin is cool, but the Bauernhof offers two free samples of A-B products. Sorry, Grant, but in St. Louis, free beer trumps history.

The Magic House (516 S. Kirkwood Road, Kirkwood; 63122) When we're little, all we want to do is grow up; but then, once we grow up, we realize how cool it was to be little. Enter the Magic House: a perfect reminder of the fun and adventure of youth. This children's museum boasts just about every creative outlet a little one could ask for. Here kids can be kids while they learn about science, politics, art and more. Don't worry, for kids who still want to grow up, there's Children's Village, where they can pretend to catch a fish, serve pizza in a restaurant and even fix a car. But everyone who's visited the Magic House will remind you: Don't miss out on the crowd favorite - the electrically charged ball. Young and old don't soon forget this hair-raising experience.

Missouri Botanical Garden (4344 Shaw Boulevard; 314-577-9400) What started as a ten-acre garden near Henry Shaw's country home has now become 79 acres of beauty in the heart of the city. Opened to the public in 1859, Missouri Botanical Garden houses myriad species of plants, trees and flowers. Inside the Climatron, the first geodesic dome to be used as a conservatory, visitors can observe more than 2,800 tropical plants. Think the kids won't be interested in this botanist's bonanza? Think again: The garden also has a maze for young and old to navigate through as well as a children's garden with plenty to climb on and explore. Beyond the day-to-day activities, Missouri Botanical Garden also hosts festivals throughout the year, including the popular Whitaker Music Festival and the Japanese Festival.

Saint Louis Science Center (5050 Oakland Avenue; 314-289-4424) Learning can and should be fun. This is why the Saint Louis Science Center remains a master of its craft. Here all manner of science abounds, with plenty to sate any curious mind. From the life-size T-Rex and triceratops to Cyberville, where guests can create a virtual fish, the science center provides hours of learning by doing. In the discovery room, young Einsteins can learn about magnets or the water table or just cozy up to a book. Check out the OMNIMAX Theater to catch the latest flick about earth, sea, sky or other wonders. The science center also hosts an array of special exhibitions, with Body Worlds among its past exhibits and Star Trek: The Exhibition among its most recent popular attractions.

Saint Louis Zoo (in Forest Park; 314-781-0900) Within the lush setting of Forest Park, the Saint Louis Zoo houses approximately 18,000 animals from more than 700 species. Highlights of this animal-lover's treasure include Penguin & Puffin Coast (sure to help guests beat the heat on St. Louis' sweltering summer days), the Primate House and the stingrays at Caribbean Cove, where brave visitors can reach right in and touch one of these graceful gliders. For those interested in a bit of history, the zoo houses a variety of North American birds in the 1904 World's Fair Flight Cage. No visit to the zoo is complete without stopping by to say hello to Raja, the first elephant born at the zoo, who celebrates his twentieth birthday in 2012. To sweeten the deal even more, admission to the zoo is free.