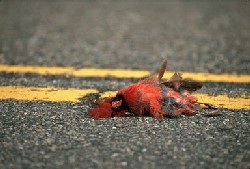 The game last night has to be the low point of the season, right? I mean, it can't possibly get any worse.
...right?
I wrote before the series began about the Cardinals having a huge opportunity in front of them, an opportunity to virtually bury one of the teams chasing them for the second National League wild card spot. If the Cards could pull off a sweep of the Pirates, I wrote, they would put Pittsburgh in an almost impossible position. It wouldn't be easy, but hey, playoff teams, championship contending teams, do things that aren't easy. They find a way to make it happen.
When the Cards took the first game of the series, a white-knuckle one run affair no less, it looked like they just might be up to the task. Maybe this flawed, maddening team was going to take the reins and stop drifting through the 2012 season.
The result of the next two games: two losses, with a combined score of 14-0.
Seriously, someone tell me it can't get any worse. Please.
Instead of leaving with a nigh-insurmountable five game lead on the Pirates, or even a very sturdy three game lead, the Cards now escape PNC Park with a slim one game lead in the wild card race. They also leave the Steel City with an injured catcher and, frankly, what should be some severely bruised egos.
I really expected the Cardinals to come out last night with some honest-to-god fire in their bellies after Yadier Molina was taken out the night before. But, no. Not at all. The Redbirds got shut out for the second day in a row, this time by Wandy Rodriguez, aka that one guy who was pretty good for, like, two years a couple years back, remember?
So, after winning game one of an enormous series, the Cardinals played eighteen more innings of baseball. In those eighteen innings, they:
That's right, kids. One goddamned extra base hit. In eighteen innings.Joe Kelly kind of sucked, too, doing his Bad Joe Kelly thing one day after Jake Westbrook got torched. Oh, and seriously, can someone please, please stop throwing Pedro Effing Alvarez meatballs? He's the hitting equivalent of Bud Norris, and it's getting old. Fast.

In fact, over the whole course of the final two games, there are only two Cardinal players who get a pass from me: Jon Jay and Trevor Rosenthal. Jay, as I mentioned above, was the only Redbird batter to collect an extra base hit (a double), over the last two games, and overall was on base four times while the rest of the team managed just over twice that.

Rosenthal pitched last night, and he was the man. Three innings in relief of Kelly, one hit, no runs, no walks, three strikeouts. He topped out at 99 mph on the gun and collected four outs on the ground versus two in the air. Every fastball he threw, 32 of them by my count, registered 96 or higher. It was honestly a little frightening to watch.

So Jay and Rosenthal, you guys are all right by me. Rest of the team, I want you to go sit in the corner and think about what you've done. Or, more to the point, what you didn't do.

The Cardinals had a chance to put themselves firmly in control, in a position of remarkable strength. All they had to do was beat a reeling, regressing Pittsburgh team one out of two games. Instead, they got shut out two days in a row.

This has to be rock bottom for this team, right?