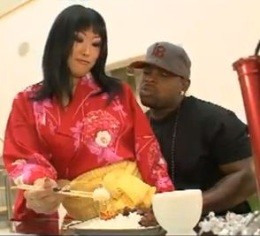 The accusation? That they infringed copyright by downloading "Total Black Invasion 2" via BitTorrent swarm (in which a user downloads a movie in tiny little pieces from various other users, so that no one computer gets swamped with requests).

We saw something similar a few months ago when alt-porn queen Joanna Angel filed a similar suit.

But we wonder how bright the future is for these kinds of suits, which some call "copyright troll" suits. 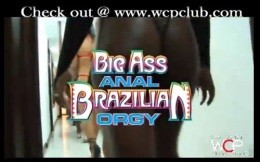 It works like this, the site says: The "troll lawyers" find a BitTorrent swarm that's sharing the movie in question, and they record the IP addresses involved. Then they file a lawsuit against multiple "John Does" (defendants yet-to-be-named). Next, they get a judge to sign off on a subpoena that allows them to connect an infringing IP address to the internet service used, and from there, to the internet subscriber. Then comes the hardball part:


Once the names and contact information of subscribers accused in infringement are obtained, trolls send out virtually identical "litigation settlement" demand letters. These letters (and sometimes telephone calls) threaten defendants with costly lawsuits that can potentially result in as much as $150,000 statutory damage payments plus attorney fees. In addition, they threaten to raid your computer(s) in search for proof. To let this suit go away, trolls demand a couple of thousand dollars, increasing the amount if not paid promptly.

Profit is split among trolls, rightholders and companies that detected IPs.

Daily RFT has little sympathy for illegal downloaders. However, plenty of innocent people can get ensnared in these lawsuits, for the simple reason that people can use your WiFi signal without you knowing it. As Illinois federal district judge Harold Baker wrote in May of last year, an IP address found through this subpoena process does not neatly connect to one person:


The infringer might be the subscriber, someone in the subscriber's household, a visitor with her laptop, a neighbor, or someone parked on the street at any given moment.

Some of these people are fighting back with a class-action lawsuit filed under the RICO act.

As for West Coast Productions, one BitTorrent defense attorney in Houston, Texas, calls them "one of the first (and the largest) copyright trolls."

The current suit by West Coast Productions is being handled by the Simmons Browder Gianaris Angelides & Barnerd law firm, which has offices in St. Louis and Alton, Illinois.

By the way, here's the trailer from "Total Black Invasion 2," which evidently features some stellar acting, like when the dude in wearing only a towel gets locked out of the house (PS this is NSFW!)