Opportunity is Knocking; Will the Cards Answer? 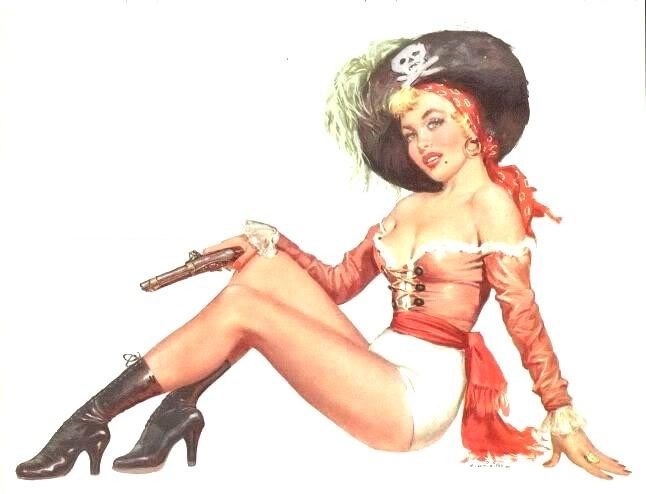 It is both obvious and cliched to say that any series this time of year is pivotal. After all, you get down to the end of August, and every single out of every game has potential implications, much less entire series.
But after taking two of three from the Cincinnati Reds over the weekend (yay!), the Cardinals are off to Pittsburgh for a huge three game set with the Pirates. Depending on how things play out over the next three days between the Redbirds and Buccos in the Steel City, the playoff picture could look quite a bit different by the end of the week. Or, it could just be even more muddled.
The series could be a huge opportunity for the Cardinals, who are currently playing some of their better ball season, while the Pirates are fading fast, trying to somehow rediscover the earlier form that saw them rocket up the standings, bringing hope of both a winning season and playoff baseball to a city that hasn't seen either in 20 years.
Almost seems like a shame to have to break an entire city's collective heart, doesn't it?
After the weekend's events, the Cards sit this morning two full games ahead of the Pirates for the second Wild Card spot in the National League. (They're also 1.5 games up on the Dodgers, but I'm concerned with Pittsburgh at the moment.) The two clubs are also moving in opposite directions at the moment; the Pirates are just 9-15 in the month of August and have a negative run differential to boot. They have a losing record (20-22), overall since the All-Star break as well. In short, things just aren't going all that well right now in Pittsburgh.
The Redbirds, on the other hand, are hot right now. They've gone just 6-4 in their last 10 games (including a very, very frustrating series against the Pirates here in St. Louis), but are 15-9 in August. The bullpen has been better of late, the offense is mostly clicking, and Adam Wainwright is rounding into his best form of the season. Things are looking up for the Cardinals.That's the backdrop for this series as the Cards try to consolidate their lead over Pittsburgh. There are, of course, plenty of games left in the season after this series; if 2011 taught us nothing else it should have at least proven beyond the shadow of a doubt that there is a lot of time left in the season even when September rolls around. However, given that these are the last three games the Redbirds and Pirates will play this year, the Cardinals could put Pittsburgh in the very tough situation of trying to chase down a team you don't actually play head to head.

You never want to count on a series sweep, obviously; even saying ahead of time you're hoping for a sweep reeks of hubris. In this case, though, the Cardinals absolutely have to think sweep going in. Taking two of three would be great, putting the Pirates three games back with just 32 games left in the season. If the Cards actually did manage to sweep, though, it just might put an end to the Pittsburgh threat entirely, at least in a realistic sense anyway.

If the Redbirds could take all three from Pittsburgh, that would put the Pirates five back. Five games in 32 is brutally hard to make up; it's one of those times when you start doing the, "If so-and-so goes.500, then this other team would have to do blank to tie." In this particular case, if the Cardinals went 16-16 over their last 32 games, the Pirates would have to go 21-11 to tie. That's obviously possible to do, but you're starting to get into very, very long odds at that point.

Of course, all that is contingent on the Cardinals actually taking care of business in Pittsburgh. Time and time again this season we've seen this team come up small at the biggest moments; let's all hope that isn't the case again in this series. It would be just like this team to go and lose two of three to the Pirates, letting the Buccos hang around even longer, letting their own confidence grow, muddying the playoff picture completely. A one game lead on Pittsburgh is still a lead; it's obviously better than a deficit. But the difference between one game, three games, and five games is enormous, capital E.

The Redbirds have muddled their way through this season, looking all the while like the biggest bunch of underachievers in baseball. Even so, they've managed to work their way into a position where they control their own destiny. They have an opportunity this week to put the team chasing them right up against the wall. Will they take it? Or will I be writing Thursday morning about yet another missed opportunity for this maddening team?

I guess we'll just have to wait and see.