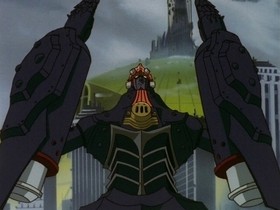 So the Cardinals actually managed to finish off the sweep of the Houston Astros yesterday. I have to admit, I'm a little surprised they pulled it off.
Not because the Astros are a particularly tough test; they are far and away the worst team in baseball, and the fact Jeff Luhnow has decided to go whole hog on the rebuild instead of pretending to still try and contend has only served to knock them even further down the ladder. (For now, anyway; I think Houston is going about their rebuilding process the right way in the long run.) Considering the respective quality levels of the two clubs involved, the Redbirds should have had absolutely no trouble at all sweeping the 'Stros right out of the park.
But, let's face it: letdowns have been the M.O. of this team all year. Every time it looks like they're ready to turn a corner, here comes a disappointment, whether it's a quiet offensive night facing a mediocre starter or a bullpen implosion. The Cards have made it a habit in 2012 to come up short in new and interesting ways at exactly the worst moments.
Not yesterday, though. Jake Westbrook got knocked around, which we all really should have expected considering I penned a column yesterday morning celebrating him. The offense, though...oh, the offense. It picked up Jake, picked up the fans, the shaky bullpen, hell, the city itself and carried us all to victory.
So let's take a minute and look at just how good this offense is, shall we?
The Cardinals have scored 610 runs this season. That is the most in the National League, by a big margin, and third most in the majors. More runs than the Yankees with their payroll, or the Detroit Tigers with their Miguel Cabrera/Prince Fielder combo of doom in the middle of the lineup. Only the Texas Rangers and Boston Red Sox have scored more than the Cardinals.
The Cardinals have:
The Cardinals offense is:
The Cards are just middle of the pack in total home runs, ranking 14th in MLB, but more than make up for it in literally every other way.Last year's Cardinal offense, an historically great unit itself, had a .766 team OPS, tops in the National League and fifth best in baseball. In 162 games the 2011 Cardinals scored 742 runs.

Last season the Cardinals had the best offense in the National League by a wide margin. They lost one of the best hitters in all of baseball over the offseason. This year's offense is on pace to lap the 2011 version. It doesn't quite add up, does it? Not that I'm complaining.