Shelby Miller: Back on the Road to Uber-Prospectdom 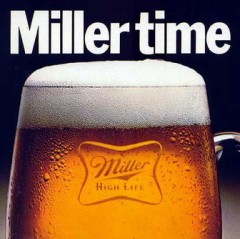 The 2012 season has been, by and large, a somewhat forgettable one for Shelby Miller. He entered the season as the number one ranked prospect in the Cardinals' system and one of the top rated pitching prospects in all of baseball. It didn't seem like things could get much better, even with the mild concerns Miller had managed to raise in 2011 with an alcohol-related team suspension and a few other maturity bumps along the way.
I said it didn't seem like things could get much better; for most of the season things absolutely did not. Shelby was very bad for a big chunk of the season. An ERA well north of 5.00 and a home run rate in the stratosphere doesn't exactly scream out 'top prospect', even in the very tough Pacific Coast Leage.
But if most of the season has been forgettable, the last few weeks you might want to make sure you remember. Because they've been sort of special in Shelbyland.
It all started going bad for Miller in the offseason, when he took his workouts a little too seriously and showed up for spring training looking more Karen Carpenter than Chris Carpenter. In an attempt to get into the BSOHL (Best Shape of His Life, a state common to players coming in to spring training, particularly when a narrative is needed to explain why the previous season's issues are no longer applicable), Shelby had dropped his weight -- and more specifically his body fat -- well below where the organization wanted him to. The Cardinals corrected his training, but the damage had already been done. Miller wasn't in the kind of condition the team wanted him in, and the whispers started up anew about the kid from Texas. Considering the last monster prospect to come through the Cards' system turned out to be Colby Rasmus and his carload of baggage, perhaps it is inevitable Miller's mental makeup will be heavily critiqued.
Things got worse when the season started, as Miller's meteoric rise through the system hit its first major snag. Triple A ball is a tough assignment for a kid just out of his teens, but it was a little surprising to see Shelby struggle so badly. In retrospect, we really should have all expected him to hit a tough patch somewhere along the line. Instead, it was shocking enough that people started jumping off the Shelby Miller bandwagon left and right.
Well, it looks as if all that might be coming to an end now. Shelby Miller, ladies and gentlemen, is officially Back on Track.The Cardinals have instituted a couple fairly big changes for Miller of late; a return to his old style of delivery and a no-shake rule have been the two big ones. It seems the combination of trust in the pitches called and more comfortable mechanics are taking effect in a big way.

Over his last seven starts, Miller has thrown 42.2 innings. In that time he has struck out 50 batters. He has also walked one.

That's right. One. Shelby Miller, since the 20th of July, has a 50:1 strikeout to walk ratio. Just sit on that one for a moment, let it breathe. Fifty. To. One.

Now, there's a little problem. Even during that time, Miller has been very susceptible to the long ball this season. While doing that whole 50:1 thing, he has also allowed 6 home runs, suggesting he might actually be a little bit too around the plate. Still, when you're striking out better than a hitter per inning and walking one batter per month...that's, you know, pretty good

Shelby has been even better over his past five starts; he has 45 strikeouts in just 32.2 inning in that time. The last three, 29 in 18.2 innings.

Go for the most recent of all, and you might see Miller's best start of the season. Last night in Iowa, Shelby threw seven innings, allowed two runs on five hits, walked zero, and struck out twelve. Somewhat unsurprisingly, both runs came on one swing of the bat, on a two run homer by journeyman Jeff Frazier. The PCL is a tough place to pitch, but Miller is going to have to find some way to get a better handle on his homeritis all the same.

Best of all, after reports of spotty velocity earlier in the season, it now appears that Shelby is back in full form with his stuff as well. The last few games have seen him reportedly pitching consistently at 94-97 with his fastball, just about right for a pitcher who falls into the Texas Fireballer category.

As for what this late-season charge does for Miller's standing amongst prospect mavens, that's a bit thornier question. Seeing him back in top form is obviously encouraging, and even when he was struggling Shelby was capable of piling up the Ks. Still, most of a season of disappointing results has to take something of a toll on his stock, you would have to believe.

Regardless of where he ends up ranked this offseason, it's enough to know that, at this moment, Shelby Miller's forgettable season looks to be ending on a much higher note than it began. And the future? Well, the future is still so bright we should all make like Timbuk3 and put on some sort of eye protection.