Cards Shut Out Houston; Adam Wainwright Does a Thing (Again) 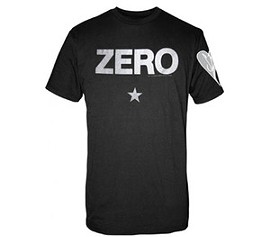 What the Cardinals did last night was exactly what they needed to do. Now, if they can just remember that feeling and do that same thing a couple dozen more times, we might be in business.
The Cards were playing the Houston Astros, the worst team in baseball. Unfortunately, the Astros being the worst team in baseball hasn't translated into the Cardinals having any kind of real success against them; going into last night's game the Redbirds were just 3-3 against the 'Stros. It's exactly that kind of mediocre record against the dregs of the league that has largely built the particular wall the Cards now find themselves backed up against.
But last night, well, the Birds did exactly what they needed to do. And leading the way was Adam Wainwright -- perhaps unsurprisingly -- who has been doing exactly what he needs to do, and doing everything he can to put this team on his back and carry them into the playoffs, for quite a while now.
Wainwright was masterful, plain and simple. A five hit shutout, twelve strikeouts and just one lone walk. And all in barely over 100 pitches. It was economical, it was dominant, it was...beautiful.
Over his last six starts, Wainwright has been extraordinary, throwing 42.1 innings and amassing a 1.91 ERA. He's struck out 40 against just 6 walks. Maybe even more impressively, he's allowed only 32 hits. Add in the two hit batsmen he's allowed, and Wainwright has exactly a 1:1 strikeout-to-baserunner ratio over the past month plus.
It's been an encouraging trend overall for Wainwright this season; his ERA has been steadily moving into standard Waino territory as the summer has gone on. It stands at 3.65 as of this morning, a number that would have seemed almost impossibly low a couple months ago watching Adam struggle to find his form.The offensive MVP of the night has to go to Allen Craig, who went just 1-2 but drew three walks to go along with it. Yadier Molina contributed three hits of his own, and added a pair of RBI to gloss up his line a bit, but when you get on base four times in a game I give you the recognition.

All in all, there really isn't much to find fault with in last night's game. There was no bullpen hijinx to worry over, thanks to the 'pen not being needed, and while the offense did go to sleep after their early-inning barrage against Lucas Harrell, it's tough to complain to much when the team plates seven, regardless of how or when they did so.

Wainwright did what he needed to do. The hitters did what they needed to do, early and often enough to make it stand up. The Cardinals beat up on a dreadful Astros team on a night when Pittsburgh lost in extra innings to San Diego. That's two in a row the Pirates have lost to the Padres, in case you're keeping score at home. (Which I assume you are by this point in the season.) It also puts the Cards just half a game back of the second Wild Card spot. Not ideal, perhaps, but certainly not the worst place to be.