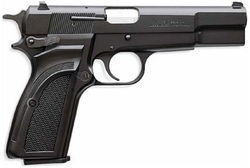 St. Louis police were called to the 2500 block of Hodiamont Avenue last night for a reported shooting. They found a 17-year-old black man down in a breezeway with a gunshot wound to the chest just after 1:30 a.m. He was taken to an area hospital where he's listed in critical but stable condition.

Witnesses told police they saw a dark-colored SUV turn onto Hodiamont from Highland Avenue, and then heard several shots. No other description of a suspect was given. Police continue to investigate the assault.