Gregg Williams, Barred from Coaching the Rams, Heads to Thailand 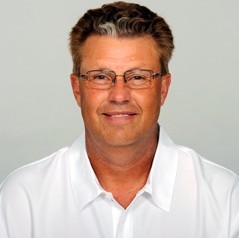 Gregg Williams was supposed to be in St. Louis right now, preparing the Rams' defense for a march toward respectability, or at least some semblance of competence. Instead, Williams was banned from contact with the team by NFL Commissioner Roger Goodell for the season for his role in the New Orleans Saints bounty-for-injuries scandal.

So where has he turned for comfort, now that he doesn't have football in his life? According to CBS Sports' Jason La Confora, he left this morning for a trip to Thailand.

But he's not going to lay on the beach at a resort, soaking up the sun and enjoying fruity beverages.

No, La Confora reports that Williams is going full Colonel Kurtz on this mission.


Having spent his entire adult life coaching, friends say Williams is also seeking to alter his world view and gain perspective, hence spending time with four tribes in Thailand's "Golden Triangle," an area with a deep history in the opium trade.

Uhh...all right. Who doesn't love to holiday in the heart of opium country? I'm sure he'll find time to relax at some point on his journey.


The trip will take him to Burma and Laos, and he will be traveling only with a backpack and spartan supplies. When he returns home, friends say, Williams will then head out for a military bootcamp experience.

NFL coaches -- they work hard, and they vacation hard.

But seriously, is he preparing for a role in Expendables 3? Was his bounty program actually a cover for a top-secret program that recruited linebackers for a shadowy government agency? Is his whole "banned from the league" thing an elaborate cover-up so Williams can lead his team deep into Southeast Asia to destroy the opium trade with his relentless 4-3 defensive scheme?

We're through the looking glass, people.