Congratulations, F-Bomb, You Bowdlerized Neuter of Word; You're in the Dictionary

Pearls are being clutched and monocles are shattering across this great nation of ours today as the country responds to the news that the Merriam-Webster's Collegiate Dictionary has added the F-bomb to its print edition.

In a fortuitous bit of timing that's sure to elicit a giggle from every pre-teen with a hard-on, "sexting" also made the cut.

If you read the Facebook comments under the online entry for F-bomb -- and I recommend you do that only if you want to mutter some of the more plangent and tangy curse words in your vocabulary -- you'll see most of them mistake the news about F-bomb's newly-minted status to mean that "fuck" has been added to the dictionary.

Guess what fuckwits? Fuck was already in Merriam-Websters -- see? It's actually the word "F-bomb," that soft-bellied platypus of a swear, that's been legitimized. And even when that's explained to them, these Facebook commenters lament the arrival of the word as if they're now required by law to incorporate it in their Christmas card greetings. 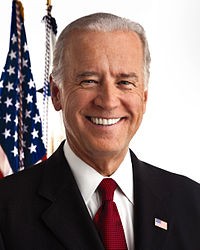 The fact is no one has to use it, and more importantly no one should use it. F-bomb is one of those TV-safe words that guts the English language of its primal thrust. Say what you mean and you eliminate confusion; talk around what you mean and you're a fucking politician. Joe Biden excepted, of course.

People will blather on about how profanity contributes to the coarsening of the culture, and the death of the civility and if they're really desperate they'll fall back to the immortal "won't you think of the children?" redoubt. Honestly, who gives a fuck about your kids? If you don't want them to swear, teach them not to and set them a good example by abandoning your use of vulgar language. The next time someone cuts you off in traffic, you can drop your F-bomb, or say "frig" if you're a member of Her Majesty's Royal Navy, or even say "fudge" if you're a milk-drinking dissembler afraid to give vent to your baser nature.

But the fact remains that when you do so, what you really mean is "fuck," or "fucker!" or "fuckin' asshole!" Fuck has been a part of the language for 500 years, maybe more. It belongs to all of us, and some of us are going to fucking well use it as we see fit. Probably not before a judge or at parent-teacher conferences, but I'm not making any fucking promises.