Dameion Dorsey Charged with Burglary After Being Shot by Police 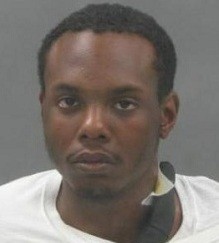 Police were called to the 3900 block of Compton Avenue in the Dutchtown neighborhood at 11 a.m. Wednesday morning for a reported burglary. When they arrived, they found the back door of the building ajar. They entered with weapons drawn.

Once inside the police heard breaking glass, and then saw a man jump out of the first floor window and attempt to flee. Police gave chase, and one of the officers caught up with the man, at which point police say he attempted to grab the officer's sidearm.

The officer, fearing he would be disarmed, fired one shot that struck the suspect in the shoulder. He was taken to the hospital in stable condition.

This afternoon, police identified the suspected burglar as Dameion Dorsey, 21. He's been charged with burglary, attempted theft, resisting arrest and attempting to disarm an officer.

The officer who fired the shot is a two-year veteran of the force. This is the 14th officer-involved shooting in St. Louis this year.