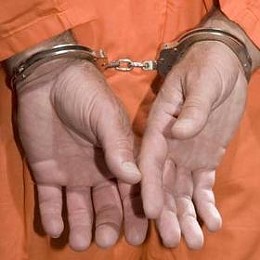 A couple big developments yesterday in the criminal prosecution of the largest Ponzi scheme in St. Louis history, a.k.a., "The British Lending Program":

1) Bishop Martin Sigillito, convicted by a jury last April for masterminding the $52 million fraud, will not be getting a new trial.

On Tuesday, Judge Linda Reade denied his request for a do-over. He had filed it in May, arguing that federal prosecutors had tainted the jury's minds by referring more than once to infamous huckster Bernie Madoff. He further alleged that they intimidated an expert defense witness, and allowed victims to talk about the case outside of trial. Reade disagreed (read her decision here).

Of course, Sigillito still has the right to appeal. (Read our original feature on the Ponzi scheme here.)

2) J. Scott Brown, a Kansas City-based attorney, was sentenced to spend three years behind bars and pay $34 million in restitution to victims.

The pair had met while both were teaching overseas in UMKC's program in Oxford, England.

The U.S. Attorney's office has put forth this succinct summary of the BPL:

The British Lending Program (BLP) operated as a Ponzi scheme and served as a fee-generating machine for the benefit of co-conspirators. Sigillito and Brown marketed the BLP to lenders based upon a number of false, fraudulent and deceptive material representations.

Rather than sending the funds to England for use in real estate projects as promised to investors, Sigillito pooled lender's funds in his attorney trust account in the United States. Rarely would funds from this account ever be sent to [their agent in England]. Rather, the funds were used to pay fees to Sigillito and Brown for initiating the loans. In cases where lenders requested payments of interest on their loan or sought to withdraw their funds from the program, the funds used to pay them came not from any profitable business....but instead from funds that had been contributed.


Prosecutors say that Brown took $1.4 million in fees over the life of the program. How he'll ever pay $34 million in restitution is beyond us.

If Sigillito ever gets sentenced, we can only imagine what punishment he'll receive; prosecutors claim he took almost fourt times as much in fees (some $6 million) -- not to mention that he organized the whole thing.

For an incredibly detailed description of how all this went down, we recommend reading Judge Linda Reade's summary here.