Kids, Your Learning Days Are Over -- Amendment 2 Passes Resoundingly 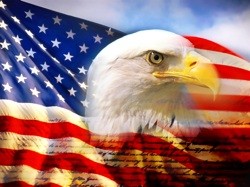 Missouri's Amendment 2 passed with an overwhelming 83 percent of the vote yesterday, proving that Missourians really want to pray in schools, acknowledge God (or Allah, or Odin for that matter -- 'sup, you divine one-eyed lug?) and generally express their religious beliefs in public. All of those rights are protected by the amendment.
What the ballot wording didn't mention was that Amendment 2 also ensures students can opt out of any school assignment that violates their religious beliefs.
If you think there aren't smart-ass kids out there who are heartened by this development, you were probably one of those kids who turned in every term paper and science project early and in one of those clear plastic binders. You know, a fart-huffer.
I honestly wish this thing had passed when I was still in school. It's not because kids will successfully challenge the teacher on every weekend homework assignment because it interferes with sacrificing their goats to Baphomet, or because kids will recuse themselves from class during the unit on fractions -- man, I hated fractions -- on the grounds of them being offensive to Janus, but because there will always be that kid who merely threatens to do so, and in doing so starts an argument with the teacher about that kid not worshipping Janus or Baphomet or whoever he's claiming this time.
And each one of those arguments pushes the clock closer and closer to the end of the period with nothing getting done.
Think back to your school days. How many classroom protests about workloads or seating arrangements changed anything? None of 'em, that's how many. But, oh, how kids would argue the point, eating up minutes of class time. With an actual state law granting the kid a legal leg to stand upon, that kid's gonna be a tyrant of time-wasting. 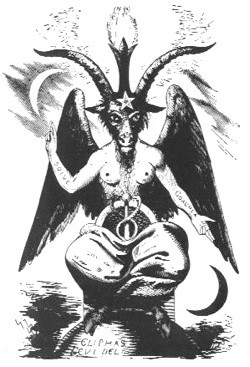 That's what you're in for this year, teachers. That one kid who spends more time figuring out ways to avoid doing any work than it would have taken him to just sit down and do the assignment, he's going to be piping up with a vengeance. He'll show up to class with Bullfinch's Mythology one day, and he'll be thumbing through it in search of the god that allows him to duck out of long division, or sentence diagramming or even, ironically, American Civics. He'll wear you down with the Romans; they had a god for everything.

And sure, eventually, you'll kick him out of class and have to take it up with his parents -- it's almost always a him -- and then it'll eat into your personal time. Time you could be spending out in the woods, sacrificing goats under a full moon.

Hey, does this new law apply to teachers, too? Wait'll you tell the kids all about the dark wonders of Baphomet!