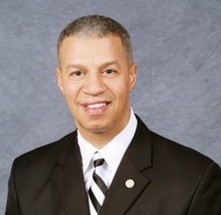 Patrick Mullen, the driver of the pick-up truck that began the pile-up that lead to the death of Alderman Gregory Carter, has been charged with involuntary manslaughter and driving while intoxicated according to KMOV.

According to Missouri Highway Patrol documents, Mullen was taken to St. Joseph Health Center after the accident and was then released from custody. It is not known if he has been taken into custody since the filing of formal charges.

Funeral services have been finalized for Ald. Carter.