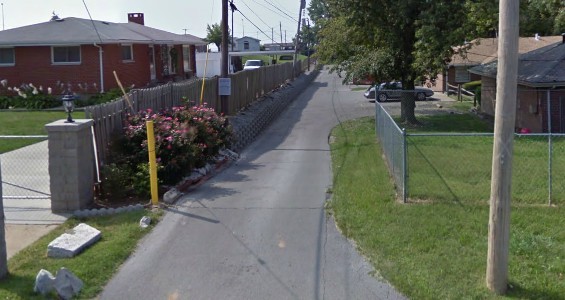 A homeless man was seriously injured in a fire attack last night in the Marine Villa neighborhood. The victim told police he was sleeping in an alley in the 3900 block of Illinois Avenue (above) when someone doused him in gasoline and set him ablaze. The victim ran, and was helped by two decent human beings who drove him to the hospital. He's now in critical but stable condition, and was able to give only the most basic description of his assailant to police. He says a black man in dark clothes was the perpetrator.

A garage near where the victim was sleeping also caught fire during the attack, and was put out the by St. Louis Fire Department.