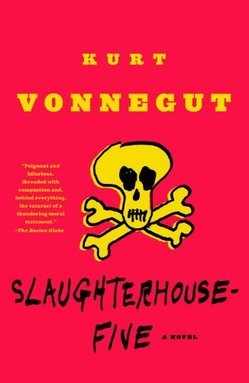 Like a lot of people, Charles Davis was both fascinated and appalled by reports out of Republic that Wesley Scroggins, a management professor at Missouri State who home-schooled his own children, had requested that the school district remove three books from its libraries: Slaughterhouse-Five by Kurt Vonnegut, Speak by Laurie Halse Anderson and Twenty Boy Summer by Sarah Ockler.

"You see cases like this," he says. "The Associated Press covers it, other papers cover it, and then it's a one-day incident and goes away. This time I took a look. It was nuts!"

Republic got more attention than most districts because Anderson, Ockler and the Kurt Vonnegut Library in Indianapolis all responded directly and angrily and made Scroggins a laughingstock.

But after the hubbub died away (and superintendent Vern Minor was fired), Davis, perhaps because he's a journalism professor at the University of Missouri, still had questions. Why do people challenge books? How does the process work? So he consulted a librarian.

"She told me there are forms," Davis recounts. "As a FOI [Freedom of Information] guy, I hear the word 'form' and my brain goes ding ding ding!" Suddenly he had a big project for his second-semester FOI law graduate class.

The results of their work were published earlier this week in two journalism school student publications, the Columbia Missourian newspaper and Vox magazine.

The methodology was fairly simple. Davis asked the fourteen students in the class to file FOI requests for documentation on book challenges for each of Missouri's 522 school districts since 2008.

Why 2008? "I talked to a media specialist," Davis says, "and she said that four or five years of records would be a real administrative burden to look up. But they had the last three years stored on the computer. That would be enough information for a wide-angle lens on the subject. It's an inexact science."

Of the 522 districts, 495, or about 80 percent, responded to the students' requests for information, which Davis considers a remarkable response rate. ("Maybe it was because we were doing something they were interested in," he muses.) When all the records were in, the class had collected documents for challenges of 51 titles from 32 different districts.

"There was one that made us laugh," Davis recalls. "It was a challenge of a book called Baby Animals -- Puppies [in Wentzville R-IV] because it used the b-word on page 42. You laugh at first, but then you think, someone wanted to ban this book from the library, not just for her child, but for everyone."

Between April and last week, the students read through all the documents -- and the materials from some districts were quite voluminous, as many as 300 pages -- and posted them to a website. One student, Steve Rich, who is very adept at technology created an interactive map which users can click on and get access to all the forms, school board meeting minutes and correspondence between angry parents and beleaguered administrators. Other students tracked down and interviewed the parents, administrators and school librarians involved in some of the book challenges and wrote up their stories.

"The students did a good job -- better than I would have done -- of taking other people's opinions into account," Davis says. "I have a knee-jerk response to banning books, but some of the cases were things like the book was the wrong reading level. An elementary school saying a book is too racy for kids that age is different from banning it from the high-school library."

Over the course of the project, the professor learned a few things himself. "I feel so sorry for educators and administrators who find themselves in the crosshairs of book challenges," he says. "In one of the cases, in Camdenton, where they challenged The Kite Runner [because of a scene that describes a young boy getting raped], there were so many undertones that were so disturbing. The book is set in the Middle East, a place people don't know much about. There's a lot of fear and misunderstanding in the letters. I think it's a significant book. The idea of removing it from a reading list was chilling to me."

On the other hand, Davis continues, "I was heartened by a few things. Districts take this very seriously. It's an orderly and civilized process. They don't make knee-jerk judgments. I saw how seriously districts take intellectual freedom and people's right to read."