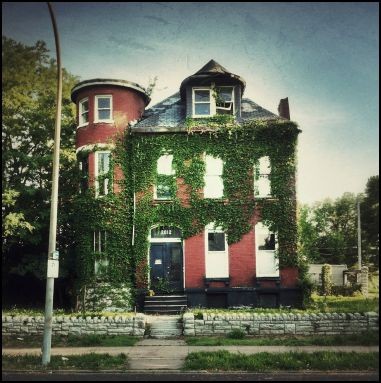 You may think local preservationists would welcome the attention. But Michael Allen of the Preservation Research Office calls the Daily Mail piece "naive" in its blanket-labeling of all the structures as "abandoned."


One of the supposedly empty houses, Allen pointed out yesterday on his blog, is actually owned by two of his friends who are trying to rehab it. These friends are not alone, he wrote:


Their stories would add some complexity to the supposed ruins, and some sense of moral urgency. Perhaps readers in London can afford to sublimate the gaze upon vacant St. Louis buildings, but St. Louisans cannot -- and, largely, do not. The real story, underreported even locally, is that people do care about these buildings.

Another part of the story, we suggest, is that for a long time, the City hesitated to let people care about these buildings, but now appears that it's warming to small rehabbers who want to rejuvenate the city piecemeal (as opposed to huge, top-down planning such as that envisioned by developer Paul McKee).

Regardless, anybody who cares about the future of St. Louis should look at these photos to be reminded of what once was, and what could be. See the whole gallery here.