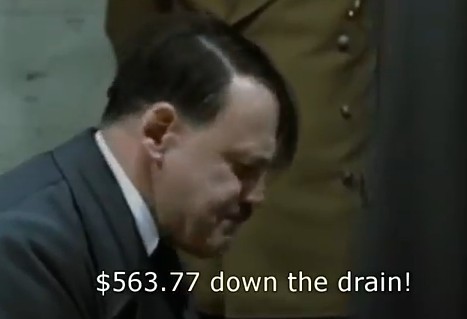 [UPDATE: The video's been yanked from YouTube by the studio for copyright issues. Sorry you missed it.]

The Hitler Downfall meme has been around for a long time -- so long that it's kinda fallen into disuse. Maybe it's because it's out of fashion now, or perhaps it's because this version is so well-written, but Youtube user "skapunkteddybear" really hits it out of the park with his/her rendition. Watch as a distraught Adolf Hitler discovers that his dream of blowing shit up this Fourth of July is over before it even begins. Well played, skapunkteddybear.