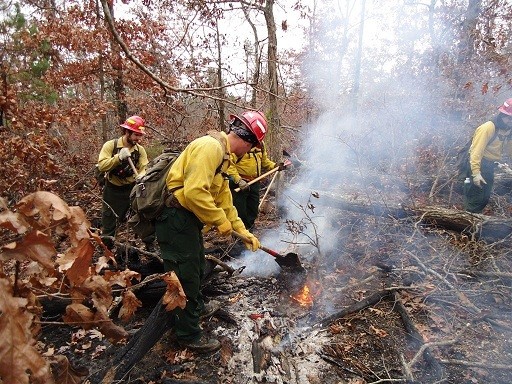 The fires in Mark Twain National Forest have almost been contained, according to the U.S. Forest Service. Firefighters believe they'll have it completely contained by the middle of this week. An estimated 620 acres have been affected at this point.

What's worse is that the Forest Service suspects the East End Fire, the larger of the two blazes, is the result of arson. Surprisingly, arson is more common than you'd suspect in Mark Twain.

Apparently local residents have been known to settle disputes with absentee land owners by setting fires on privately owned land near the park. Those fires can then spread to Mark Twain, as happened in 2011 with the Minninghaw Fire that consumed 5,000 acres, and in 2010 as well.

No suspects in the current fires have been identified.