Biden in Missouri Today Next Monday to Raise Funds for McCaskill 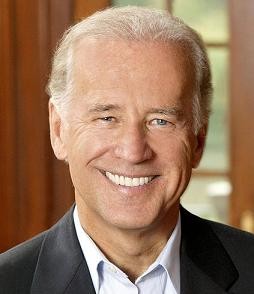 Correction: D'oh! This article originally stated that Joe Biden would be in Missouri today for a fundraiser for Sen. Claire McCaskill. It's actually next Monday, July 9.

That intense heat you're feeling today? It's not the sun. It's the radiant energy shooting from this man's blinding white smile.

Yep, Joe Biden is smiling toward Missouri, and next Monday he'll be in the Show-Me State stumping for Sen. Claire McCaskill at a fundraiser to be held in a private residence in Kansas City.

The vice president's visit will come at the conclusion of an RV tour through Missouri that McCaskill is conducting this week as she "officially" begins her re-election campaign.

A priority of the Biden visit will be to raise money to fight off the television attack ads already running statewide in Missouri from PACs like "Americans for Propserity" that paint the Democratic incumbent as a free-spending liberal. McCaskill's camp notes that such "anonymous special interests" have already spent nearly $7.5 million in "secret money attack ads."

"Like me, Vice President Biden has always worked to achieve commonsense, compromise solutions to the challenges we face and it's an honor that he's willing to come to Kansas City and help my campaign," said McCaskill in a statement.