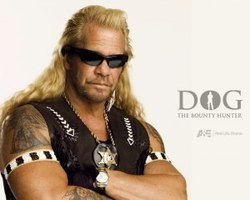 Mixed in with a cache of documents released to the public this week is evidence that the Rams, and in particular fullback Mike Karney, were targeted by the New Orleans Saints in what's been dubbed the NFL Bountygate scandal.

A truly boneheaded PowerPoint slideshow was recovered from computers belonging to the Saints, pretty much spelling out the practice of paying bounties for injuries inflicted on the rival team.

"Now its [sic] time to do our job...collect bounty$$$!" one slide says next to a picture of Dog the Bounty Hunter. "No apologies! Let's go hunting!"

Within the slideshow are price lists and names of who owes what. The bottom of one slide reads, "WE NEED RAMS DUES BY FRI." The PowerPoint was supposedly shown at a November 12, 2009, defensive team meeting, three days before a game against the Rams.

Further down in the presentation is a slide titled "MIKE FUCKING KARNEY." In previously revealed evidence, the Saints defense seemed to hold grudges against former teammates and Karney was no exception. Karney played for the Saints from 2004 to 2008 before he was unceremoniously released in March of 2009 on the eve of his rehearsal dinner.

One game is a small sample size. Two consecutive games might be a trend. According to Mike Sando's latest post on ESPN, the Rams averaged only 1.5 yards per carry with Karney as a lead blocker in Games... and 8.6 (yards per carry) from a single-back set.

Though St. Louis Rams fullback Mike Karney says he has 'moved on' from the insensitive timing of his release by Saints officials eight months ago, it appears the cut hasn't completely healed.

There's certainly no love lost between Karney and the Saints. When news of Bountygate first broke back in March, Karney tweeted this:

Let me say this, Sean Payton/Loomis intentionally cut me the day b4 my wedding. I took the high road then. BUT WHAT GOES AROUND COMES AROUND

When this new evidence revealed he actually may have been a bounty target, Karney told The Time-Picayune this week that he took it as a compliment and doesn't recall any cheap shots in that game against the Saints.

Of course, this is all small potatoes compared to the involvement of Rams defensive coordinator Gregg Williams, who was fingered as one of the masterminds behind the bounty system back when he was with New Orleans. The league suspended Williams indefinitely and he hasn't been replaced.