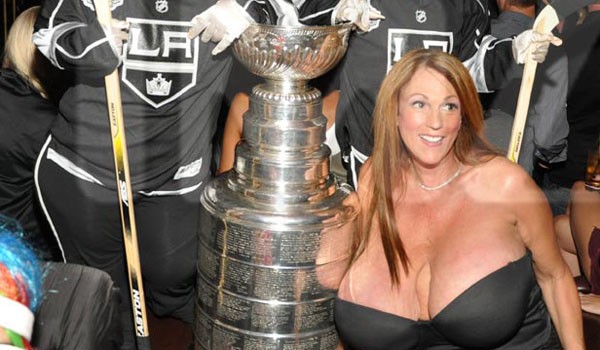 Peter King's "Monday Morning Quarterback" column is the last place I'd look for a hockey tidbit (it's predominantly a baseball, coffee and beer nugget depository), and yet a co-worker forwarded an interesting fact from this week's installment. It seems that St. Louis Rams owner Stan Kroenke had an unpleasant encounter with the Stanley Cup when his hockey team, the Quebec Nordiques Colorado Avalanche, won it all in 2001.

Relates King on page three of this morning's column:

Good story from Michaels, about being careful when you drink from the Stanley Cup, about former Avalanche and current Rams owner Stan Kroenke: "Stan is a man who keeps himself in tip-top shape and never gets sick. When his Avalanche won the Stanley Cup in 2001, he got sick as a dog a few days later and was bedridden for two weeks. He told me he traced it to drinking out of the Cup after the game. So celebrants beware.''

Color me surprised that something hundreds of people touch, park babies' butts in and let their dogs drink from would be a germ-bomb of epic proportions.