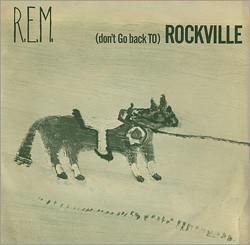 While animal-rights activists and are wringing their hands with the prospect of Unified Equine opening the nation's only horse-packaging plant in Missouri, residents of that town are delighted by the news.

The Kansas City Star visited Rockville this week and reports a near unified front, with residents loitering and praying out front of an old beef plant in the hopes that the horse slaughterhouse becomes a reality and offers them employment. The beef plant closed down more than a year ago, costing the southwestern Missouri town of 150 people some 70 jobs.

"The town is all for it," Mayor Dave Moore told the Kansas City daily. "I think it's great."

In 2007 Congress ended funding for federal inspections of horse-packaging plants that effectively killed the industry until this year when the funding was restored. Sue Wallis, the CEO of Unified Equine says Missouri is an ideal spot for a horse slaughterhouse because of its central location. Horse steaks would be shipped overseas for consumption, though Unified Equine has apparently identified a few immigrants from Tonga in Utah and Mongolians in the Washington D.C. area with an appetite for horse.