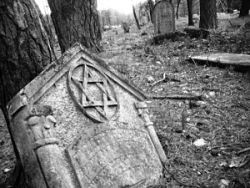 Dr. Robin Park, a psychiatrist who practices in Creve Coeur, is not a Jew. She has no Jewish ancestors. Nonetheless, she will be spending her summer vacation this August in a Jewish cemetery in Zambrów, a small town in northeastern Poland, where she will be clearing debris and collecting scattered pieces of tombstones and bits of bone.

It's not like she enjoys cleaning up. If that were all, there are plenty of cemeteries in the U.S. that could use her help. But Park is a member of the Matzevah Foundation, a non-profit based in Norcross, Georgia, dedicated to reconciling Christians and Poland's tiny Jewish community.

"That's what 'Matzevah' means in Hebrew," Park explains, "to reconcile or restore. We're a group of Christians with no agenda."

But the group also has a more practical mission. Before World War II, there were 3.5 million Jews in Poland. Now there are 3,500 living Jews and 1,400 cemeteries. Somebody needs to tend to all those graves.

"There's just one synagogue in all of Warsaw," Park says. "The first time I went to Poland, in 2005, there wasn't even a minyan [the ten-person quorum required to hold a Jewish service]."

The Matzevah Foundation was founded by Steven Reece, who first went to Poland in 1997 to work with the Baptist Union of Poland. While he was there, he studied Polish language and history. For nearly one thousand years, he learned, Poland had had one of Europe's largest and most vibrant Jewish communities. World War II and the Holocaust changed all that.

"The Holocaust was perpetrated by a Christian nation," he says. "As a Christian, I am motivated by reconciliation. I met with a young man when I first started working with Jewish cemeteries in Poland. He asked me why I was doing this. That's what I said, 'Reconciliation.' He said, 'OK.'

"Our desire is to bring Jews and Christians together in a common mission," he continues. "It's a mitzvah. Jews believe that to care for the dead is the highest expression of love. We want to reconcile with Jews through a loving act. It speaks directly to one of the most terrible acts in history."

Reece has been organizing missions to Poland since 2005. The Matzevah Foundation officially incorporated in 2010, after he and his family moved back the U.S. Over the past seven years, Reece estimates that the Matzevah Foundation has sent between 300 and 400 Americans to Poland to work on ten separate projects. The majority of the volunteers are Baptist and live in the South. Park is one of the most loyal; she serves on the board and makes a trip every year. 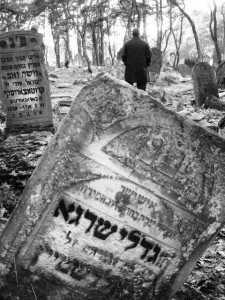 "The first thing is to obey Jewish tradition," Park explains. That means men must keep their heads covered and none of the workers can pull trees up by the roots. The ground in Poland is sandy, so odd things rise to the surface, mostly broken-off pieces of tombstones, but also bones.

Previously, Matzevah groups have worked mostly in and around Warsaw. But this year will see the start of two new projects, the one in Zambrów and another in the town of Oświęcim in southern Poland, better known by its German name, Auschwitz. Both projects are the product of partnerships with Jewish organizations, both in the U.S. and in Poland. The groups have also been trying to maneuver through Poland's tricky land inheritance laws (made even trickier by 50 years of Communist government) to restore the deeds to the cemeteries to the Jewish community.

August's trip to Zambrów, the one Park will be taking, is the beginning of a three-year repair project. This year, the volunteers will clear the ground. Over the next two years, they'll rebuild the cemetery wall, repair headstones and work with local genealogists to figure out family histories. Reece also plans to turn some of the broken-off pieces of headstones -- the ones that can't be fit back into place -- into a monument to the lost Jews of Zambrów.

"We want to return the sanctity to what was destroyed," he says. "We want to create a lasting memory of the people who lived in Zambrów."

As for Park, the work in Poland is a way of putting her Christian beliefs into action. "The person I claim to be my savior was Jewish," she says. "This honors him. It honors my neighbor as myself."

Gettin' All Religious Up in Here History