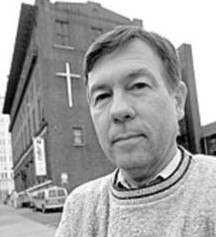 The New Life Evangelistic Center has sent out a press release announcing that Reverend Larry Rice will file a federal lawsuit against both the City of St. Louis and St. Louis Public Safety Director Eddie Roth for shutting down his tent city, Integrity Village.

Rice attempted to establish Integrity Village on private property at I-44 and Vandeventer in the Botanical Heights neighborhood. According to Rice, the tent city would have been a religious community that forbade drugs, alcohol and panhandling.

The neighbors were less than enthusiastic about a homeless community sprouting up in their backyards, and the city acted quickly to issue an emergency condemnation order. Rice was arrested during when city workers were tearing down the tents. He has since vowed to establish Integrity Village at a secret location.

But first, some lawsuits. Rice is holding a press conference at the New Life Evangelistic Center (1411 Locust Street) tomorrow at 1 p.m. where he will discuss the suits, and the need for somewhere for the homeless to go.

Perhaps fortuitously, tomorrow is also the day the city and the St. Louis Rams ownership will go to arbitration if the two sides haven't come to an agreement on the best way to refurbish (and pay for the refurbishing) of the Edward Jones Dome. If that process goes horribly, there's a possibility the Rams could leave town. The Ed Jones Dome may not be a top-tier football stadium at the moment, but it would be the most lavish homeless shelter in the country, wouldn't it?