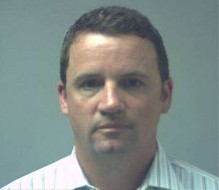 Cory Atkinson, the co-owner and operator of St. Charles-based US Fidelis, today pleaded guilty to felony stealing, insurance fraud and consumer violations for his role in his company's fleecing of its customers. He could receive up to four years in jail for his crimes.

US Fidelis sold automobile service contract extensions, and was the most successful firm of its kind in the nation. Cory Atkinson and his brother Darain Atkinson used the company funds as their personal piggy bank, buying massive houses, an armada of boats and a fleet of cars. All of those luxury goods were ceded to their creditors following the collapse of the company.

Darain Atkinson had already pleaded guilty to similar charges, and will be sentenced on July 16. Cory Atkinson's sentencing has been scheduled for September 28.