Sexual Sadist Bradley Cook Tells the Judge: Hurry Up and Punish Me Already 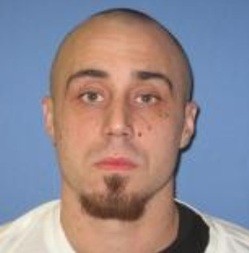 Kirkwood man Bradley Cook, 33, pleaded guilty in December to the horrific sexual torture of a mentally disabled woman. He's been in solitary confinement in Lafayette County since that time, and apparently cooling his heels is really weighing on him; today his lawyer officially requested he either be sentenced no later than July or at least be granted a hearing on the conditions of his imprisonment by that deadline.

Aw, poor baby. Is waiting for the punishment you know is coming like torture?

Cook was one of four men charged with sexually abusing and torturing a woman identified only as "FV," who was kept imprisoned in a trailer for seven years outside Lebanon, Missouri. Cook was further charged with attempting to hire a hit man to kill both the lead prosecutor and FV while he was in prison. Those charges were eventually dropped in exchange for the guilty plea.

Two other men in the case have also pleaded guilty. James Noel, 45, of Springfield, faces up to 15 years in prison for his role in the crime, and Dennis Henry, 51, of Wheatland, could receive a 5 year sentence for his actions.

The purported ringleader of the case, Ed "Master Ed" Bagley Sr, was supposed to have his day in court in February 2012, but the trial was postponed until September while he undergoes a psychiatric evaluation.