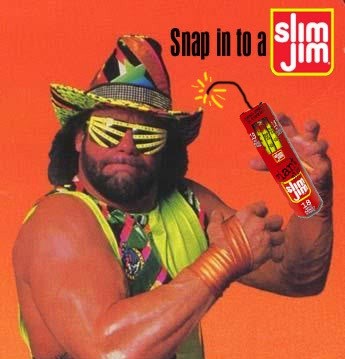 Now there's a headline we could never have dreamed of writing.

But it's true, according to the Missouri Attorney General's Office. Today the state's top prosecutor announced a settlement requiring James Adam Jenkins, owner of the Oklahoma-based BK Premium Products, to refund the Missourians who purchased a beef-jerky-vending franchise from him thinking they were aiding charities. Jenkins sold franchise kits for $2,500 a pop and principally targeted firefighters in St. Louis and Springfield.

The settlement resolves allegations that Jenkins neither delivered the materials to operate the beef jerky franchise nor donated any of the $2,500 to charity. The jerk.

In addition to providing refunds, Jenkins must now make quarterly reports to the Attorney General's Office that list the total sales, total donations, and charities receiving the donations. The Better Business Bureau of Oklahoma gives Jenkins' BK Premium Products a D- grade. Meanwhile, court records show that the Missouri Department of Revenue has filed tax liens on his business for thousands of dollars.

"I know that many Missourians have placed money in these types of canisters with full confidence that their donations were going to charitable organizations," Koster said. "It is contemptible that anyone would defraud others in the name of charity, and this office will aggressively go after those who do."