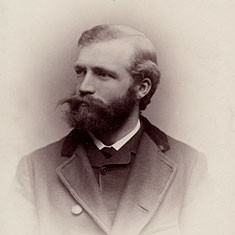 Yesterday's Transit of Venus -- which happened when the planet Venus interposed itself between the Earth and the Sun yesterday afternoon -- was touted as the last one we would see in our lifetimes. That's because the next Transit won't happen until December 2117, and we'll all be dead.
But you can see the previous Transit, thanks to scholarship and technology.
Astronomer David Peck Todd set up shop on California's Mount Hamilton in 1882, where a solar photographic telescope was installed for the still-in-progress Lick Observatory. Todd shot 147 glass plates of the Transit, which were stored at the observatory and forgotten in the rapid advance of better technology.
But Bill Sheehan and Anthony Misch sought out the plates after reading about their possible existence. They found them in perfect shape, and realized that they could be digitally joined to make a brief, evocative movie. Here's a technological treasure from the Victorian Age, and your chance to witness the Transit of Venus a second time in two days.