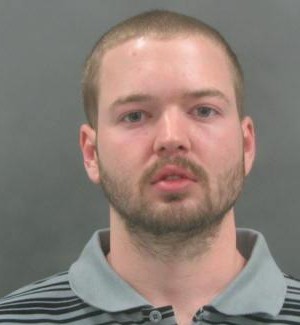 This past first weekend was the first that Washington Avenue was a pedestrian-only zone in a stretch of downtown between 10th and 14th streets. There were bound to be a few surprised and/or frustrated drivers. David C. Majtas, 24, was probably a little of both.
Majtas blew right by the barricades at 2:15 a.m. Saturday according to the police report. Two officers on bicycles pedaled him down, bracketing him on either side of his moving car. Both officers knocked on his windows, attempting to pull him over.
Instead Majtas allegedly gunned it, causing his car to fishtail and almost take out both bicyclists (the rare seven-ten split of vehicular maneuvers). Majtas kept on trucking down a one-way street, only stopping when he just about smashed into a police cruiser parked in the intersection.
Police duly arrested him and processed him. That's when they noticed his tattoo, which reads "Never Surrender." Say what you will about Corey Hart, but at least it's an ethos, dude.
Majtas was charged Tuesday with resisting arrest and two counts of second-degree assault on a law enforcement officer, even though he didn't actually hit either officer. His bail was set at $25,000.