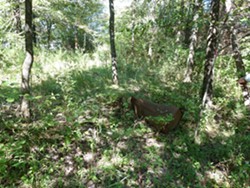 Update, June 5: After the jump, an official response from EPA Region 7.

Missouri's interminable dioxin problem is alive and oozing in Wildwood.

The latest controversy is over the Environmental Protection Agency official who's been working for decades on cleaning up the dioxin contamination of Times Beach and more recently assessing the Wildwood development site of Strecker Forest. According to emails dating back to the early 2000s, EPA project coordinator Bob Feild had a penchant for asking subordinates to delete emails in an attempt to dodge Freedom of Information requests.

"It strikes at the heart of what we've always been saying," says Wildwood City Councilmember Tammy Shea. "EPA credibility is trash."

In the '70s, waste hauler Russell Bliss had the bright idea to unload industrial waste by spraying it up and down the roads of Times Beach, and buried it in drums on what would someday become Wildwood. When someone finally realized the waste contained toxic levels of dioxin, Times Beach was evacuated and reduced to rubble in 1983. The Wildwood property became part of the "Bliss-Ellisville" EPA Superfund site and required a $6.4 million dollar clean-up. 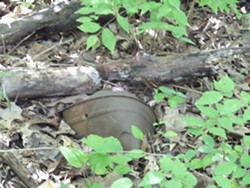 Longtime EPA project manager Bob Feild has stood by the determination that the land is safe and habitable again. That opinion was called into question after a developer purchased a tract of land bordering the Bliss-Ellisville site in 2007 for family homes. After a former resident told the Wildwood City Council she feared her son's cancer resulted from Bliss's contaminated lands, the council froze the development and paid for its own independent testing. The developer sued and the controversy has dragged on since.

Meanwhile, in a D.C. office hundreds of miles away, a researcher named Glenn Simpson ran across Feild's involvement in Wildwood. Simpson is doing research for a lawsuit against the EPA over the cost of clean up at an Omaha Superfund site. The companies being blamed for a lead contamination -- Union Pacific and metal smelter Asarco -- have asked whether lead paint on the houses actually caused the contamination. Emails and documents unearthed in the suit stirred a huge controversy about the way the EPA handles its records. At the center was Bob Feild. Simpsons figured the good folks in Wildwood might like to hear about it.

"None of those people, including the mayor and the lawyers for the city, none of those people had any idea that this guy was in trouble for lying in court," says Simpson. "They just found out because I told them a few days ago."

In the course of investigating the Omaha site, attorneys found that Feild was advising his subordinates to delete emails that could potentially be subpoenaed.

"I hope everyone is deleting these types of messages after they are received," Feild wrote in one 2004 email that raised the lead paint issue. "They will be releasable, if saved, for the next FOIA."

Simpson produced three other such emails (read them here, here, and here) using similar language and passed them along to Wildwood officials. In Omaha, the revelations resulted in a restraining order against the EPA, barring them from destroying more records. 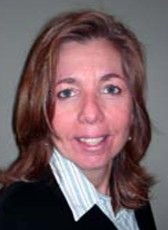 Wildwood Mayor Timothy Woerther is not prepared to draw any conclusions, but say he's heard concerns about Feild's past.

"Obviously it's too early to tell whether it has any impact," he says. "Bob Feild has been involved with the Bliss-Ellisville site since the early '80s and continues to be."

As of yet, there is no evidence that Feild deleted any emails or records pertaining to the Bliss-Ellisville or Times Beach sites. But Councilmember Shea says she doesn't need to see any -- the Omaha case proves that Feild can't be trusted. It makes strange bedfellows of the environmentally conscience councilwoman and the big corporations challenging the EPA.

"It's a flip of a coin who's worse at this point," she says. "I don't care who the responsible party is. I don't want people turning their head when people are living on contaminated land."

Woerther says the EPA is releasing a brand new report about the Strecker Forest site on June 19.

Update: A spokesperson for EPA Region 7 responded to questions about Feild and the Omaha case in a statement.

In response to the allegations related to the Feild e-mails, EPA interviewed 15 agency employees who were either recipients of the Feild e-mails or who were identified as primary custodians of documents related to the Omaha Lead Site (OLS). Not one EPA employee who was interviewed said they deleted an e-mail or any other document at Feild's request. In compliance with the Federal Records Act and National Archives and Records Administration (NARA) regulations, EPA's Records Officer reported to NARA through an October 25, 2010, letter the results of the interviews and other actions taken by the agency to secure all existing documents related to the OLS. In a June 27, 2011 response letter, NARA informed EPA that it had closed its file on the matter.

In the Omaha case, the agency produced more than 77,000 documents consisting of more than 1.1 million pages in response to Freedom of Information Act requests.

Specific to Wildwood, the statement reads: "EPA has no reason to believe Feild has mishandled any documents in connection with Wildwood."

Citing personal privacy laws, the agency declined to say whether or not Feild was disciplined in any way over the Omaha case.