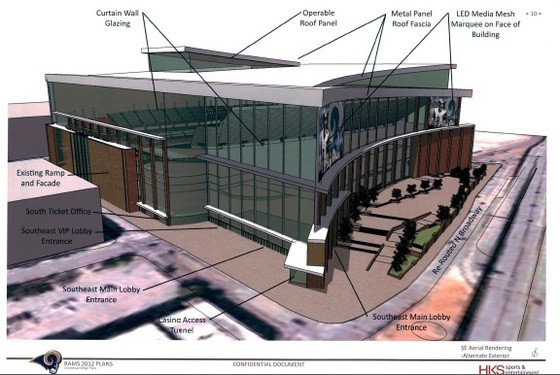 Today is the day the St. Louis Convention and Visitors' Commission was required to reject or accept the St. Louis' Rams dome renovation plan, and the CVC wasted no time in delivering its answer: REJECTED.

The official statement from the CVC is as follows:

You may recall that there was a large economic gap between the two sides' individual proposals. The CVC offered a $124 million plan which called for the cost to be shared by the city and the team, and the Rams presented their own total-gut rehab plan with an estimated $700 million tag -- and no mention of who was supposed to pay for what.

So what happens now that each side has rejected the others initial offer? The two sides have 14 days to hammer out an agreement or the matter goes to binding arbitration.