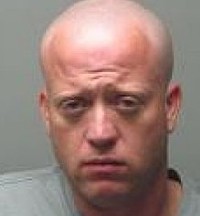 Shaun M. Shroyer, 37, claims a teenage girl who was once his neighbor has a crush on him. So he allegedly did what any adult would do in a puppy love situation such as this.

He took her to the Ameristar Casino parking lot, gave her a couple drinks and then had sex with her in the backseat of his car, according to police.
Authorities say the girl is between 14 and 17 years old, and also say that Shroyer admitted he bought her alcohol. He's been charged with second-degree statutory rape and endangering a child. He has already done a three-year stint in jail for endangering the welfare of a child in another case.