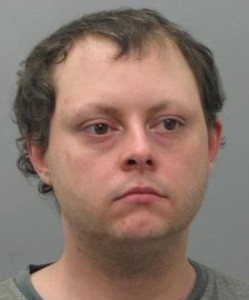 William Lawrence, the 32-year-old Maplewood man who allegedly placed a Craigslist ad offering $1 million per dead Maplewood police officer this past March, has been found mentally competent to go to trial for his actions after the mental exam requested by his public defender.

Lawrence's mother, Judy Freist, contends that her son is bi-polar and was very angry with the Maplewood police for confiscating his guns, particularly evidence custodian Kerry Daniels (Lawrence allegedly offered $2 million for the death of Daniels). Police had seized Lawrence's weapons -- a shotgun with no serial number and a .22 rifle -- after Lawrence was involved in a dispute with his neighbor. That police call included Lawrence being tasered after it appeared he was pulling a gun from his waistband, and the confiscation of his pot plant.

Lawrence has a preliminary hearing next Thursday. If found guilty on the murder-for-hire charges he faces ten years in prison and fines of up to $250,000.