The Bachelorette Season 8: The St. Louis Guy Calls Himself "Wolf"

So there's a guy from St. Louis on The Bachelorette Season 8, which began airing last night, and and he calls himself, "Wolf."

His real name is just John. (Almost nobody in reality television has a last name.) He's a data destruction specialist. We have no idea what that means, and we're not going to look it up because Wolf probably destroyed the answer already.

But we think the more interesting and eloquent St. Louisan on The Bachelorette was actually last year's guy, "Jeff," an entrepreneur. 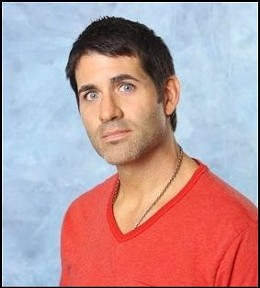 Take a look at Jeff's answers to ABC's mini-questionnaire. Keep in mind, these questions were breathtakingly easy, designed to let a man's personality shine, shine so bright! Take it away, Jeff!

Do you have any pets and if so, what kind? I have adopted a 3-legged dog who was abused.

What is the most outrageous thing you have ever done? I made a u-turn once. I'm kidding. Not sure.

What is your greatest achievement to date? Creating a vodka and wine ... I guess or various hockey achievements.

What is the best trip you have ever been on and why? Hawaii. 3 islands. [Our note: You didn't really finish your answer, Jeff-o!]